Patagonia: towards a mountain never climbed and perhaps never seen 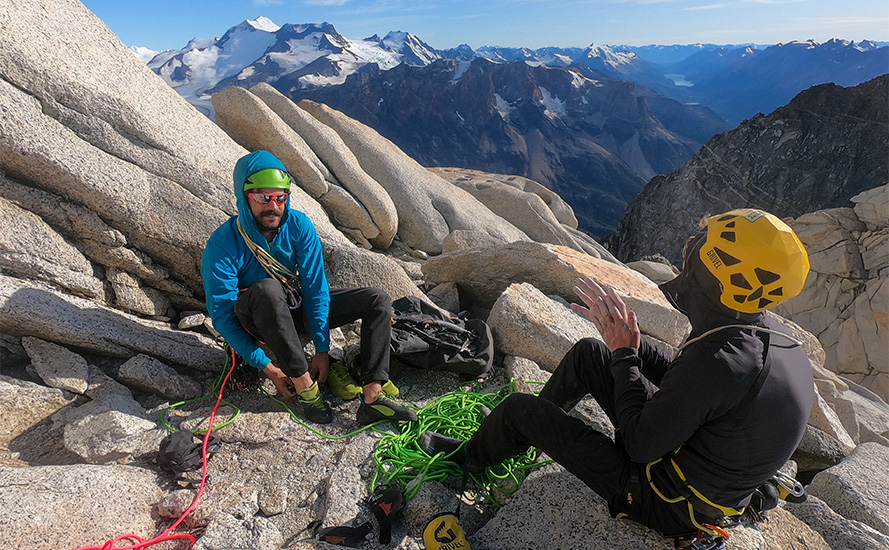 The tougher the circumstances and the conditions, the lower a mountaineer's chances of success. Even though the outside world often pushes us to want everything immediately, to limit risk and seek success at all costs, there are still some romantic spirits willing to risk failure, who are intrigued or even thrilled by adventures in which the chances of success are minimal. What are Luca Schiera, Paolo Marazzi and Giacomo Mauri looking for in Patagonia? Why spend months training, planning and travelling for a peak that might not even exist? Wouldn't it be better to repeat more enjoyable and satisfying climbs, make the most of the good weather and avoid wasting precious time? 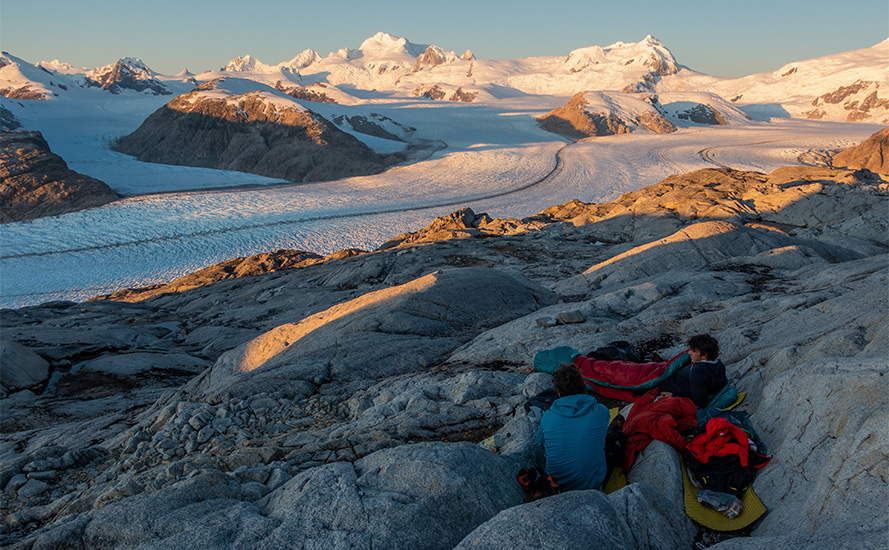 The only possible answer is that the greatness of an adventure is measured in the journey rather than the destination, the experiences that shape who we are rather than a list of achievements. Here's Luca Schiera's account of their wanderings among fjords and glaciers in search of the mountain that might not exist.

"Last February Paolo, Giacomo Mauri and I went to Patagonia with the intention of climbing a mountain I'd seen years ago on satellite images of the Northern Ice Field. It looked amazing: a granite peak probably 800 metres high with a cap of snow, located in probably the least accessible area of the whole ice field. But for a long time I had no idea how we could get there: the only mountain in the Ice Field that's climbed regularly is the San Valentin, a hundred kilometres or so to the north. We'd found an old photo from 1964 of Shipton's crossing of the Ice Field, and what looked like the same mountain can be seen in the background.

In 2019 Paolo and I, with a lot of luck and good organisation, managed to climb the mountain we called Cerro Mangiafuoco in the same area of Patagonia: from the summit, with perfect weather conditions, we had a view of spectacular mountains and cliffs as far as the eye could see. We knew then that we had to come back. 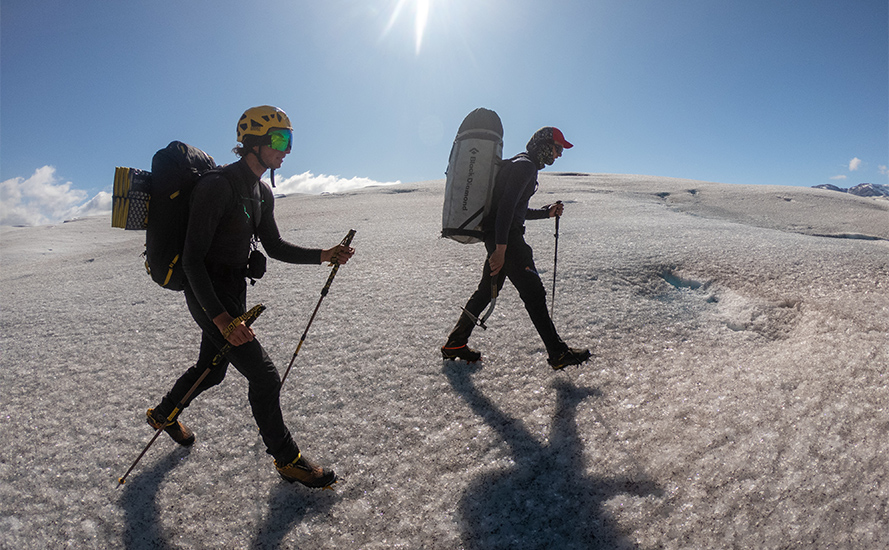 After many hours of studying maps and the accounts of people who had been in the area, I realised that the glacier - surrounded by a mountain range to the east and the Pacific to the west - is only accessible from three or four valleys, all in the upper section. To reach the mountain we decided to take a boat up a fjord and approach the glacier from the south. It would be a long and complicated approach, but it might be feasible.

When we got there the weather was good, so we set out immediately to look for an access point from the valley we were in; we climbed a small mountain on the edge of the Ice Field and from there we could at last see the face and get an idea of what to expect. Three days later we went back to the base with a clearer idea: the face was there and it looked great, we were in the right place; the ice didn't look good but we might be able to cross it.

After a few days' wait, there seemed to be a window of reasonable weather, and we were unsure whether to set out or not, because we'd be away several days, using up time, energy and food that we might need for a second attempt, but we decided to give it a try. After a long day of walking, climbing first to a pass and then over the ice, we found a sheltered spot where we could spend the night. On the second day we started crossing the ice: ahead of us the mountain was visible, just thirty or so kilometres in front of us.

When we got to what had looked like the easiest part, we discovered that the ice was full of crevasses, some of them 15 metres wide. So we roped together with a good distance between us, and continued for several hours, trying to guess where the huge chasms were, but the further we went the greater the risk of two or even three of us stepping on the same snow bridge. We were going slower and slower in zig-zags, with stops to choose the route, but then we found ourselves blocked, with no way forward. We turned back when we were really close: in consolation, the weather turned bad just as we headed back."

​​​​​​​
We don't know whether the Ragni or other climbers will go back to this unnamed mountain in the future, and who knows how many other faraway virgin peaks there may still be, awaiting adventures like this one. Every so often explorers and climbers set foot on the summit, and that's when their success crystallises and is celebrated. It's not a conquest, but the only visible tip of a deep and solid iceberg made of long days and bad weather, failed approaches and withdrawals; experiences that truly make us who we are. Because in the mountains as in life, the most important things are invisible.
Written by