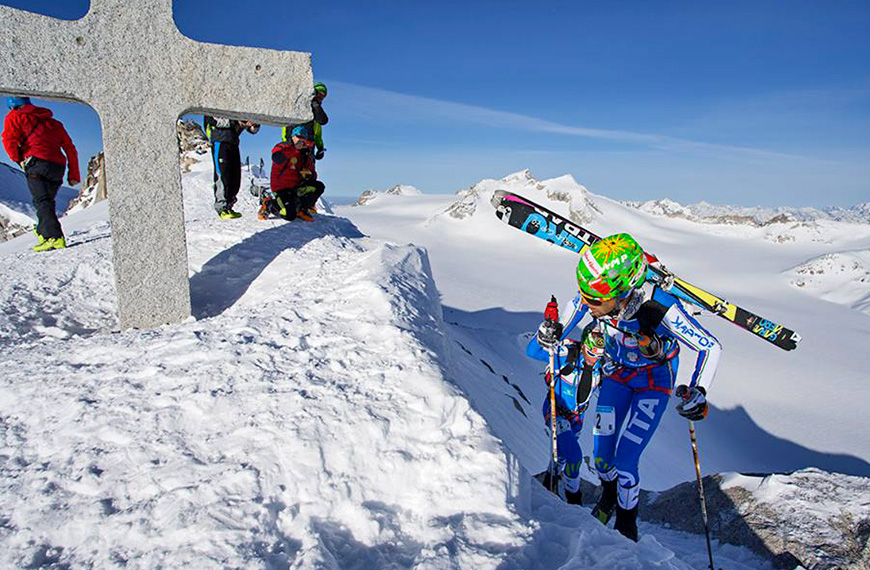 Matteo Eydallin beat the competitor and bring home also the victory in one of the few he had not yet written in his palmares. After 4 hours and 41 seconds of race he and Damiano Lenzi across the finish line with the arm raised.
Here is the report and the video of the highlights from the race.

"Matteo Eydallin and Damiano Lenzi took the first step of the podium followed by the other two Italians Michele Boscacci “sondriese” and Robert Antonioli “furvese”, all of them coming from the Army Sport Center. The third step of the Adamello Ski Raid, a threefold competition (World Cup, La Grande Course, and the Dolomites Cup), went to the Swiss Martin Anthamatten and the German,1993, Anton Palzer.
The win, for the two champions Eydallin and Lenzi, is a success that interrupts their fasting in Ponte di Legno and ensures both the success of the second Grande Course appointment after the one in Pierra Menta, with Lenzi approaching with decision the World Cup leader Antonioli, also thanks to the bonuses.
In the women category, instead, the Iberian – French couple composed by Mireia Miró and Laetitia Roux hit the mark for the third time, reaffirming their supremacy in this long fascinating race. Second step of the podium for the French Axelle Mollaret paired with Emelie Forsberg, preceding the Italians Katia Tomatis and Elena Nicolini, gaining the third step and the only Trentino medal.
The race, which began at 5.30 am for the men under Passo Tonale and shortly after six from Passo Paradiso for the women, has offered an unforgettable scene to the athletes, not only for the views and the clear sky that has framed them, but also for the atmosphere transmitted by the public with almost 3.500 spectators.
There is no record this time as the racecourse was once again different from the previous years. But there is no doubt that the time of 4 hours 41'36 " set by the male winners at the end of 43 km with a 4,000 meters vertical drop and the one of the female winners 4 hours 40 '49 " are highly significant and show a growing technical level.
Positive eighth place of the under-23 “valdostani” Francois Cazzanelli and Nadir Maguet. Thomas Trettel, together with Ivo Zulian, finished eleventh. Ivo has to remove the red leader bib of the Dolomites Cup, whose 23rd edition goes to Manfred Reichegger.
In the women category, Elena Nicolini, thanks to the extraordinary score of this race, is now in front of Birgit Stuffer (not racing at this time).

thanks to Adamello Ski Raid for text and video