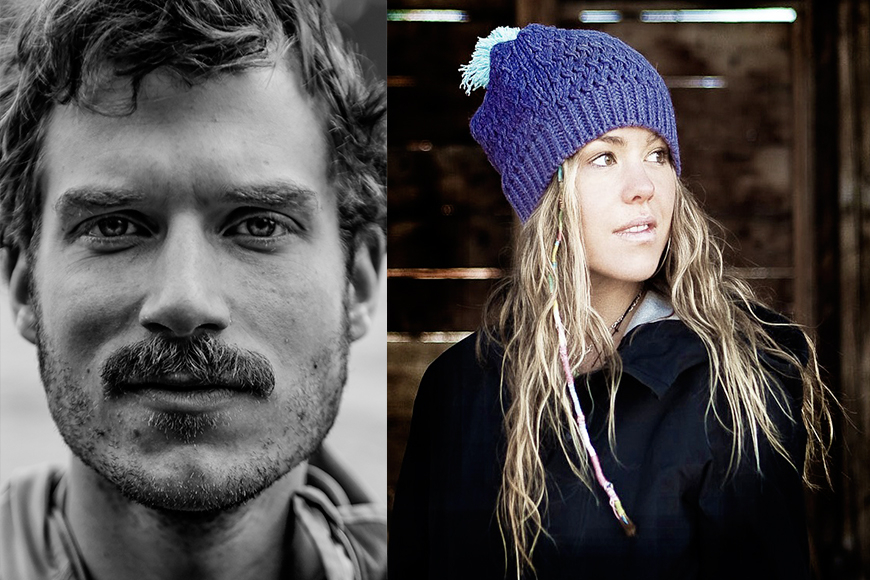 BOULDER, Colo.  – Reflecting SCARPA’s growth in the freeride-ski category, where it has unveiled a family of ski boots that truly offer one-boot quivers for any situation, the brand for 2015 welcomes freeride skiers Lynsey Dyer and Ben Leoni to its roster of sponsored athletes. And, in climbing, where SCARPA continues to offer category leading footwear the full range of rock and alpine situations, SCARPA welcomes alpinist Graham Zimmerman as a sponsored athlete.

Based in Jackson, WY, Dyer is well known as one of the most accomplished women in big-mountain skiing. In 2014, she was named Skier of the Year by Freeskier Magazine, and, through her Film Production Company, Unicorn Picnic, she also spearheaded the release of the award winning, all-women’s ski film, Pretty Faces. She’s also been featured in ski films from Teton Gravity Research and Warren Miller, and she’s hosted television shows on NBC and ESPN, along with appearing on Good Morning America. In 2006, Dyer also co-founded the non-profit organization SheJumps, which works to increase women’s participation in outdoor sports.

Dyer will be using SCARPA’s Freedom series boots, freeride ski boots that meld the power of an alpine -skiing boot with the light weight and touring capabilities of an alpine-touring boot.

“I’m excited to work with SCARPA because it’s opened up a whole new playground to me as an athlete,” she said. “Coming from a race background, I had no idea a touring boot could perform like this.”

Based out of Portland, ME, Leoni is considered one of the most influential backcountry and freeride skiers in the Northeast, thanks to years filming with Meathead Films, his involvement with Ski the East, and his “Working for the Weekend” Web series. In 2013, a Meathead Films segment won the Best Powder Award the Powder Magazine Video Awards. In his alternative life, Leoni is a lawyer at Curtis and Phaxter in Portland, a law firm that works extensively in renewable energy.

“I’m incredibly excited to be associated with such an innovative backcountry brand that is so steeped in the foundation of our sport,” Leoni said. “SCARPA continues to incorporate innovative new technology into ski boots that I’ve come to completely rely on in the backcountry.”

Based in the Pacific Northwest, Zimmerman is an alpine-climbing athlete dedicated to pursuing fast, light and difficult new ascents on unclimbed faces in the greater ranges. For the past decade, he’s been chasing his goals worldwide, from the mountains of the Western U.S. to the high peaks of Alaska, Nepal, Kyrgyzstan and Patagonia. In 2014 he was a finalist for the prestigious Piolet d’Or. In 2015, Zimmerman will participate in expeditions to Alaska, Pakistan (supported by a Mugs Stump Alpine Climbing Award) and New Zealand.

“I’m excited to welcome Lynsey, Ben, and Graham to the SCARPA family. All three are phenomenal athletes and excellent brand representatives,” said Kevin Luby, athlete and events coordinator for SCARPA North America. “They speak to the core of their respective sports, while still being approachable and engaging. Their involvement with the brand will further cement SCARPA as the leading supplier of freeride ski, rock and alpine footwear, and help guide the future of SCARPA product and brand positioning.”

SCARPA in collaboration with ClimbAID

SCARPA in collaboration with ClimbAID