#ScarpaRun athletes have been officially introduced during the Lavaredo Ultra trail

SCARPA® has chosen one of the most important competition to introduce the team. 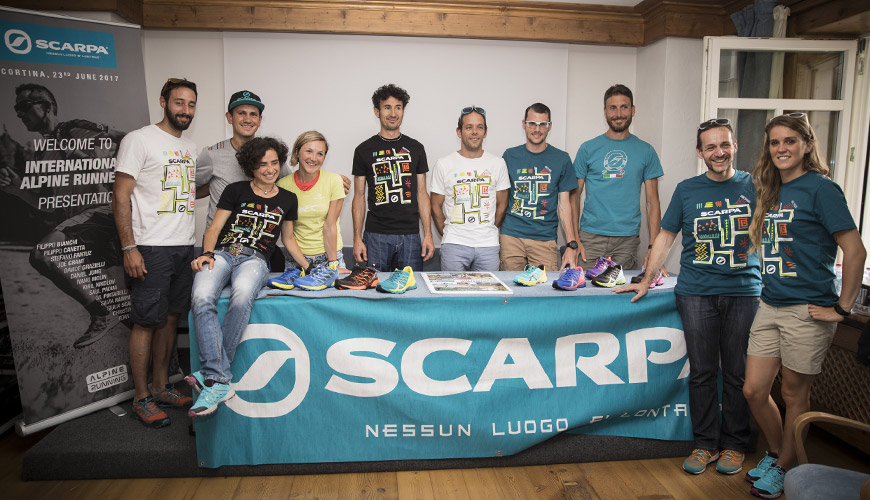 The new edition of the Lavaredo Ultra Trail has been fast; Friday the 23rd of June at 11pm from Corso Italia in Cortina, the athletes have started the 120 kilometers trail. One of the most beautiful path in the world that reaches an altitude of 2500 meters, crossing Dolomites.

During the weekend also two other competitions have taken place, the Cortina Skyrace, 20 kilometres long with 1000 meters positive height gain and the Cortina Trail, 48 kilometers long, won by Matteo Pigoni who beat Enzo Romeri and Pawel Krawczyz. Pigoni finished with a time of 4h47’03, he declares, “We started very fast as always but I preferred to go ahead even if it was really hot. When I was halfway I kept going even if I was really tired, but I drank and ate well and I push till the end”.

Daniel Jung who was able to keep the sixth place at the Ultra trail, had to give up due to a muscular injury.

Davide Grazielli, the only Italian who has taken part at the Western States Endurance Run 100 miles 2017 (18th place and from today best time among Italians), Joe Grant from US, the French Yoann Stuck, Kiril Nikolov from Bulgaria, Saul Padua, Julia Font, Moreno Pesce, Maurizio Scilla, and Giorgia Felicetti didn’t attend the LUT but will definitely be with the team in other competitions.

A great mixed team made by great trail runners that constantly support and inspire SCARPA® with their precious feedbacks and experience, always giving great emotions.