When was Block&Wall born?
Four friends in a bar, at the beginning of 2012. And the idea comes into their head.

How was born such an event like this?
It comes first of all from a shared passion for climbing. From the common desire of the founders to bring into an institutional event the world of young climbing passionate, and as a challenge…people at the beginning said that we would never have managed to organize an event on the streets of Trento. 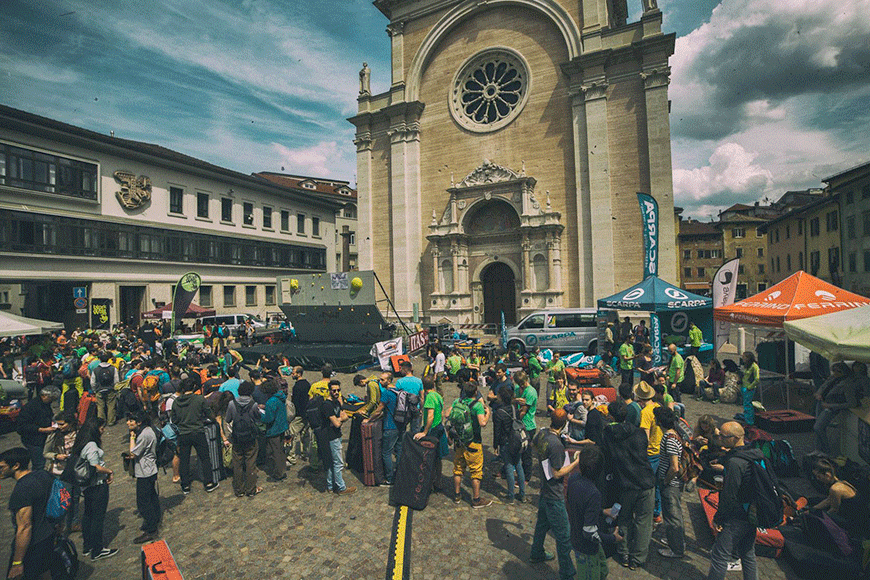 What is the process that drives an event born from a casual chat to become an event covered by Rock&Ice Mag talk?
From the first year we had more than 200 participants and we realized that Block&Wall was an important event. Is placed in a city surrounded by mountains and populated by many climbing addicted. Then the event became made by itself; year after year we tried to add always something new and in the fifth edition we managed to use the square, with a stage, sponsor booths and a nice wall for the final contest

How much time require this event every year to be done?
From October to the end of May, we are in 13. The first period is focused on the partnership with the sponsors and thebureaucratic practices, than the activities regarding the contest 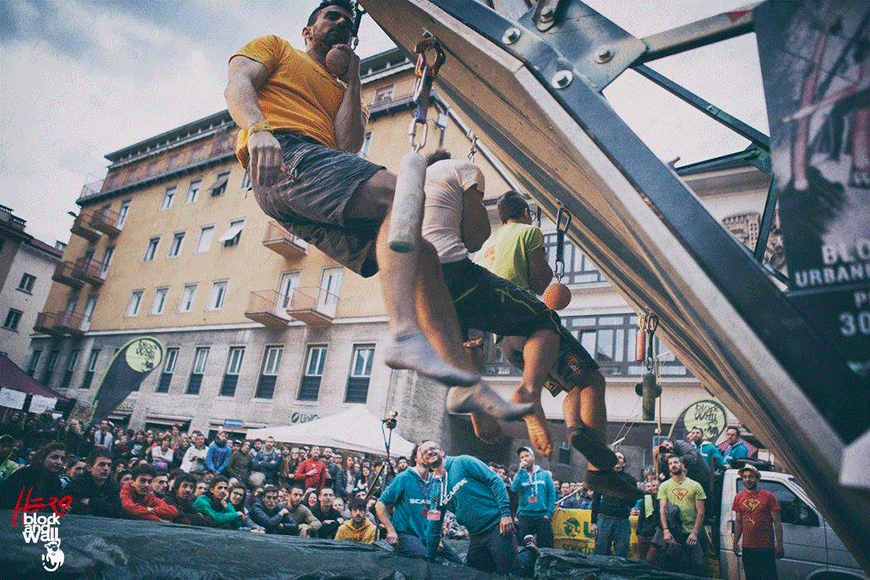 A lot of people think that in Trento is a difficult city where organize events. Do you like Trento? How do you manage to make the neighbors not call the police?
I love and hate Trento in the same way… I think that this city is a raw diamond and that with just little things Trento could shine and became a good example for others city. It was hard at the beginning with the Institutions and to make people understand the citizen that we weren’t training a team of burglars. But I have to say that many people trusted us, allowing us to use their buildings and given us financial support. We never asked for public money for the Block&Wall

The T-shirts of the event are sold like hot cakes. Locals hang them on the wall all the year long, like paintings. Who is the artist?
The T-shirt is important for us as the blocks, the organization etc… every year we invest part of the income for the T-shirt, so we feel free to work on the colors and to choose the design we prefer. Due to the low budget we make only a few hundred samples and we give them to the early bird participants 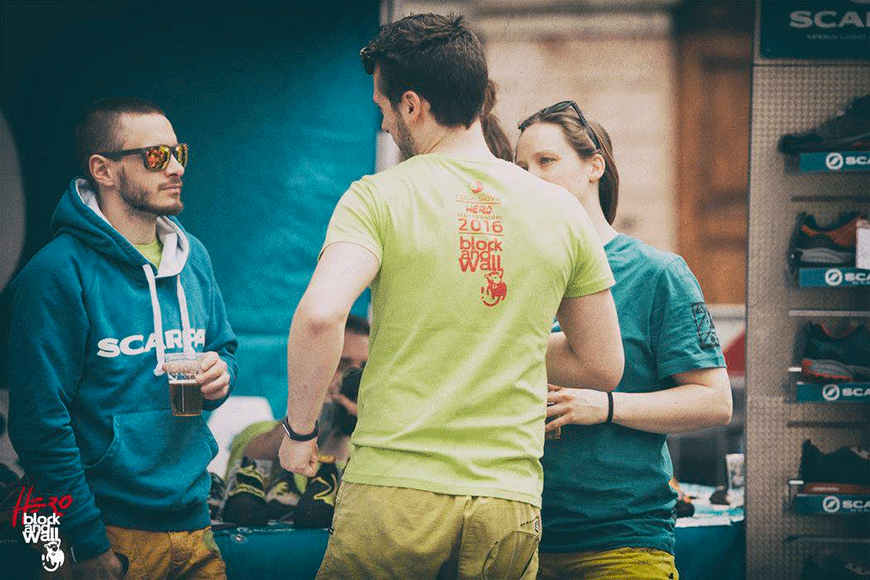 Where does the participants come from?
From all the North of Italy, but last years we had foreign groups, too. Last year there were a lot of people from France

How proud are you of this event? Which are the biggest satisfactions?
We are really proud of the event, but we try to keep our feet on the ground, everybody has a job and the Block&Wall association is a continuous. The greatest satisfactions are the feedbacks, the congrats of the participants, the run for the T-shirt - this year we prepared 400 kits, and we finished all of them in less than 24h! 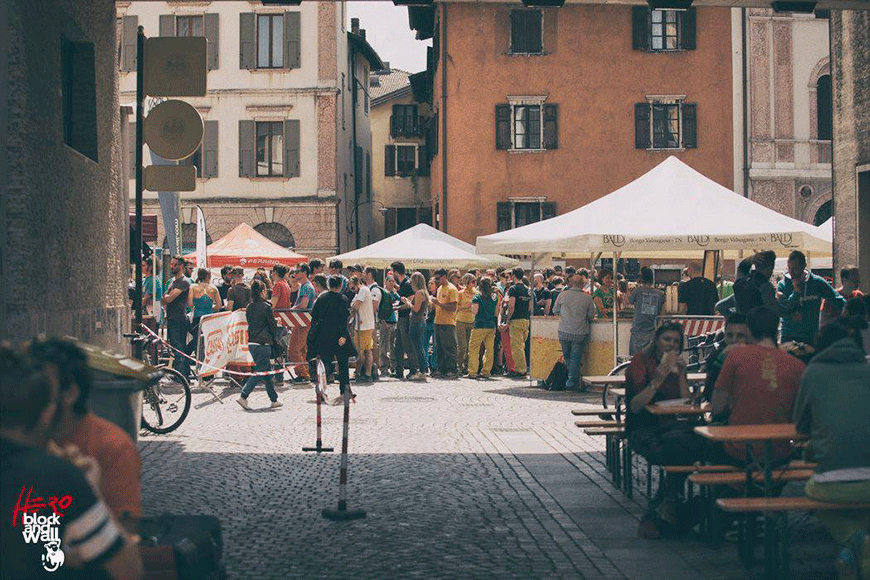 Who is in charge for setting the blocks?
Walter Matteotti, Andrea Pandini and Alberto Carente, three guys who joined the Staff after the first edition, one of them is a FASI route-setter

I want also to mention the other members of the staff: Marcello Mattevi, Francesco Boriello, Cristiano Casagranda, Nicola Dallatorre who are in charge for the logistic, service and music, volunteers organization and support. Egon Piacini, the architect who check the walls together with the route setter, Denis Orvieto for the communication with sponsors and the organization of the square; Massimo Miclet social management and speaker; Marco Busacca for videos and photos; me (Demis Pollini, vice-president) and Giordano Mazzini (president) 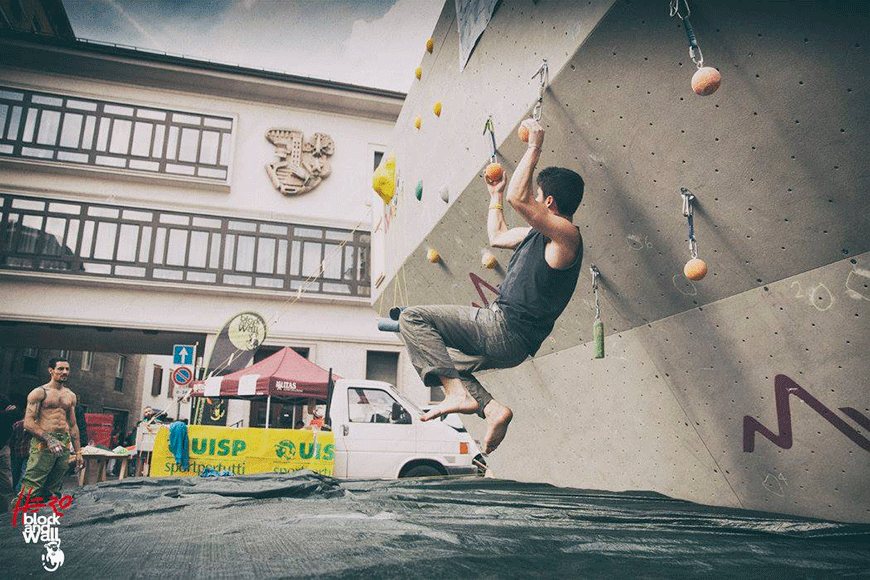 We want some real suggestions from locals
Best place where climbing outside near Trento. It depends from what you want …as crags, less than 5 minutes from here, there is la Vela and in 15 minutes you can reach Monte Celva, two very nice historic spot. Half an hour from Trento there is a crag where we are working on, but this is a Top Secret! As concerning boulder at Lavini, near Rovereto, there are some very interesting blocks and another location is Corniano 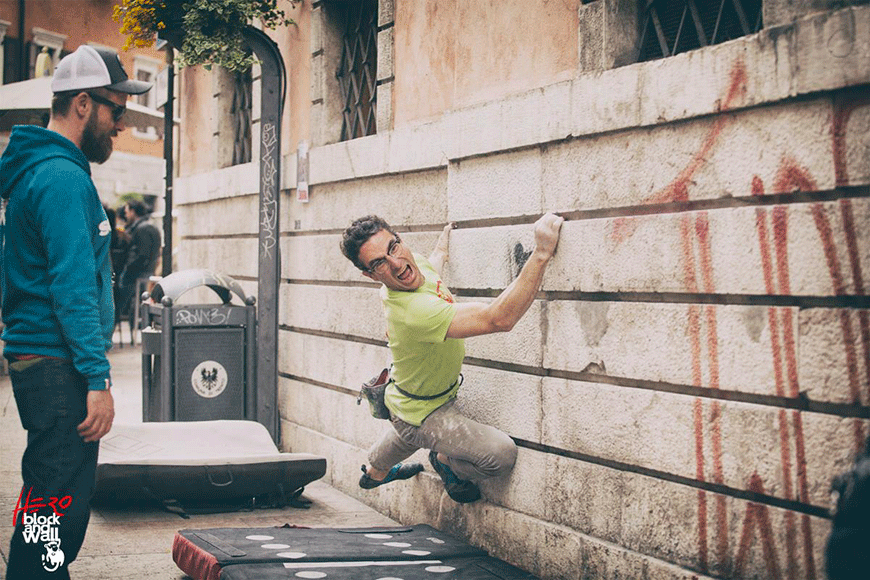 Best place for a pizza in the city
Uva e Menta, or da Albert, both in the downtown 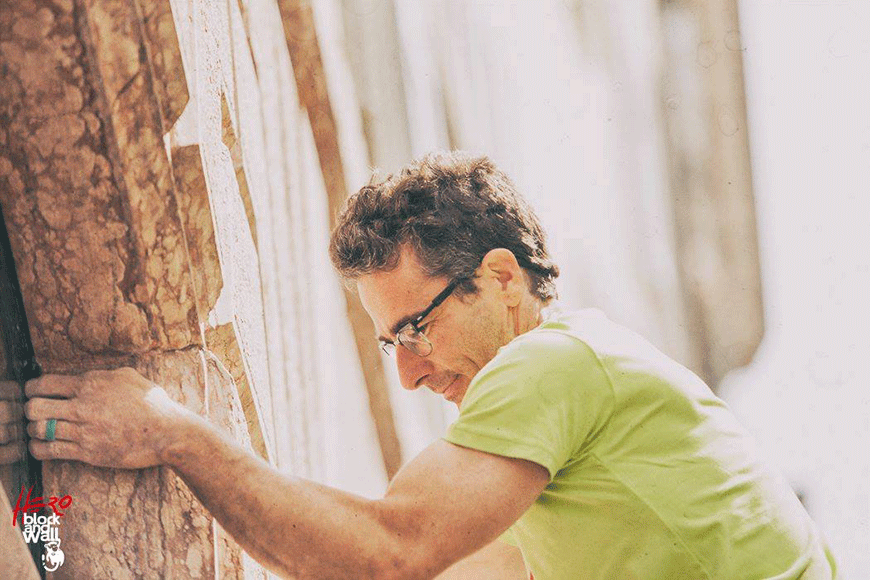 You are the most important Street Boulder contest in Italy now, what do you plan?
There are many things to improve but the formula is “broken in”, there will be news for next editions, but I don’t want to say anything else…..the important thing is to pass down the passion that we put in this event. 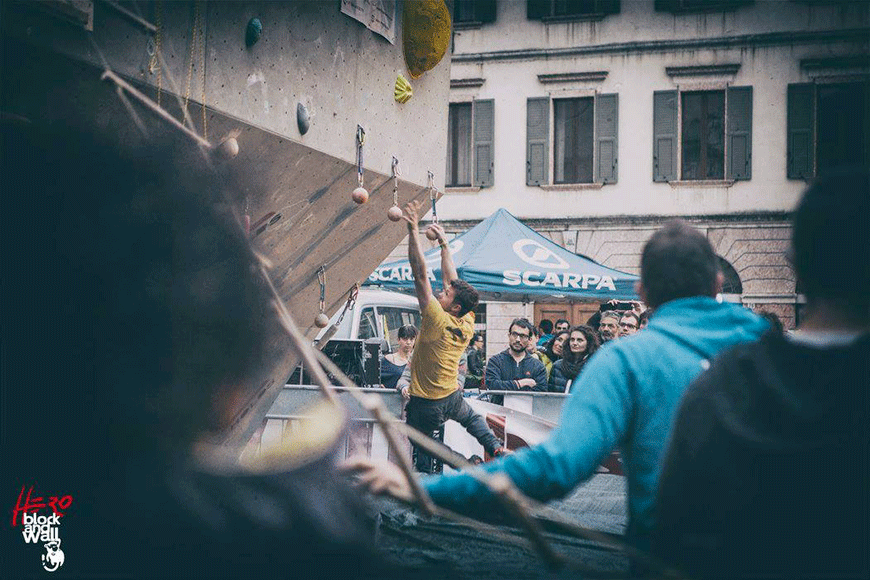 Say something to someone who this year missed the event
Once a year you can climb the city walls…the other 364 days  you can do the same things, don’t miss next appointment! 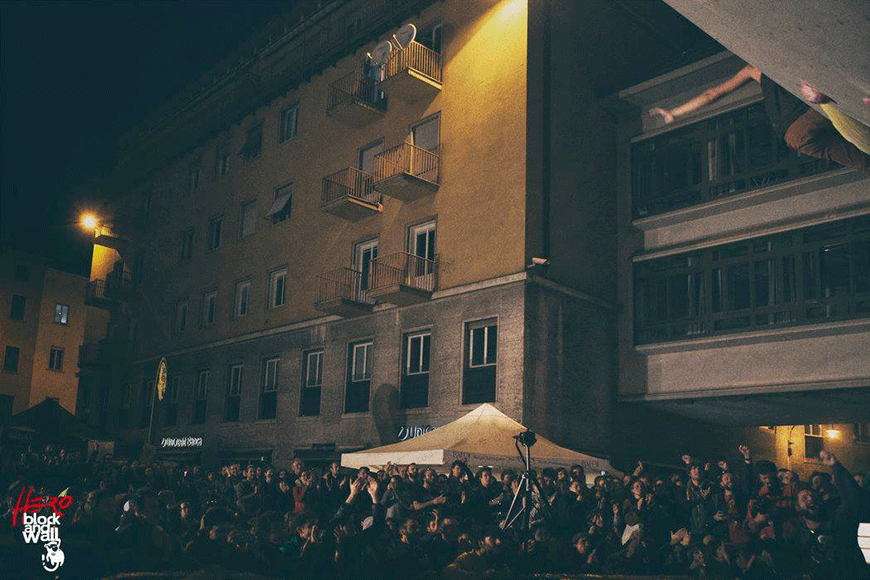