Chris Rauch in ‘Guardian of the Galaxy’ (8B+)

Little video showing Chris Rauch on his First Ascent 'Guardian of the Galaxy' (8B+) in an area in Carinthia (Austria). 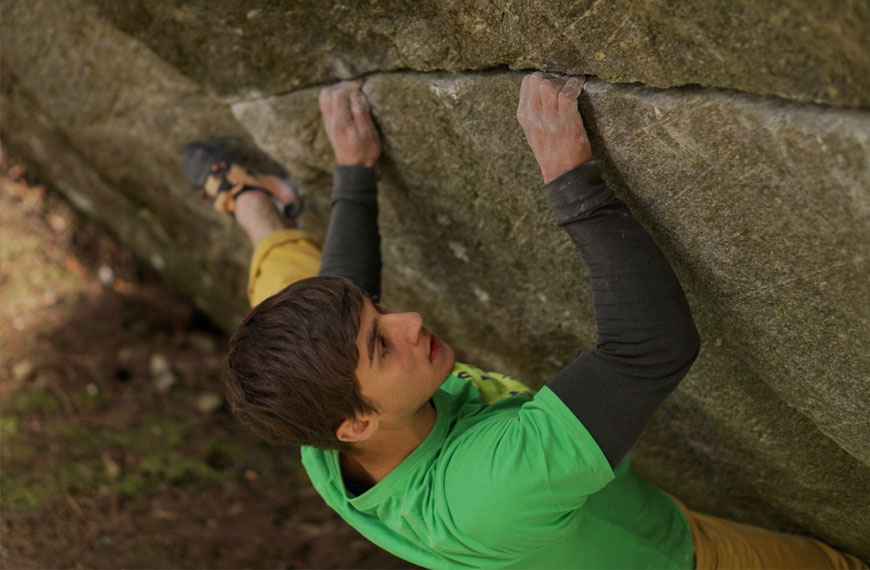 Once I saw this bloc for the first time I was overhelmed by it's beauty.

The first line I couldn't keep my eyes off was "Ghost Galaxy" (8A+) which is the second part of "Guardian of the Galaxy" (8B+) at the same time. On my second session I was able to nap the second ascent of this amazing line.

After trying and eventually doing a few other projects like "Galactic Gateway" (8A+), "Hard Knock Life" (8B) and "Punching in a Dream" (8B+) I finally realized that the beautiful crack at the left of "Ghost Galaxy" is possible. It took me quite a while to figure out the beta for those tricky moves.

The first part of the crack is really physical on small holds, than comes a tricky feet first section where you need a lot of bodytension and toehook skills, this section leads you directly into the start of GG, till here it's about 8A+ on it's own.
After 3 sessions I was able to climb from the start to the start of GG for the first time.
Two sessions full of motivation, huge fights and 2 really close attemps later I was able to make one of my most beautiful first ascents "Guardian of the Galaxy".

Take a look at the little video filmed and edited by my friend Simon Brunner!