The German alpinist tells us her season between Alps and India 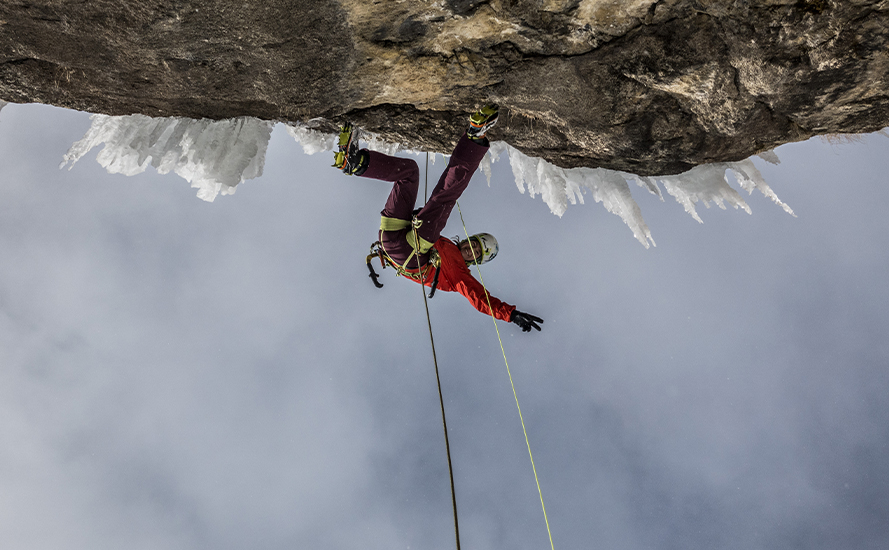 My multi pitch season started in March, with a redpoint ascent of "Super Cirill”, a 10-pitch, 8a+ route in Val Bavona, Ticino. It is a route that offers everything, from slabs, to cracks, to technical dihedrals. It is mostly trad with bolted belays and some bolts in between. My partner Daniel and I tried the route over one weekend, and came back two weeks later to redpoint it. It didn’t go especially smooth and in the crux pitch I messed up my beta several times, until I decided to just forget all of it and clench my teeth instead. Surprisingly it worked.

In April we spent time checking out a line that Daniel had been eyeing for almost ten years, a steep pillar in Höllental, southern Germany. It took us half a day to get to the base, postholing through waist-deep snow. We then spent four days putting the route ground up. It had been a while since I’d climbed ground-up into virgin terrain and at first I was scared, doing hard moves into the unknown and dangling from precarious hooks. But soon enough I started to love again the adventure of it. We established seven pitches, of which five were hard enough that we were unsure if they would go free. We returned three more times to work the moves until we managed a redpoint team ascent in July, swinging leads, with leader and follower both climbing free. “Hands Down" has five pitches that are harder than 8a, including one 8b. 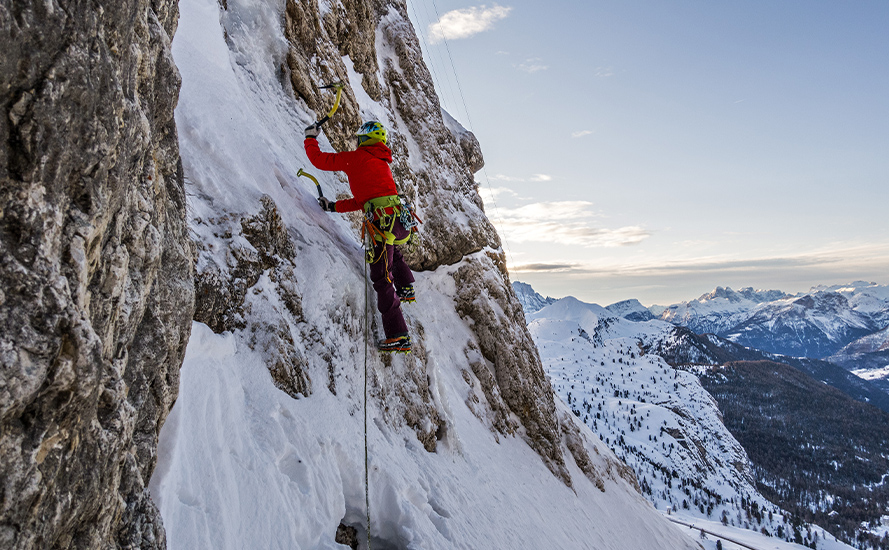 ​​​​​​​
In between attempts on “Hands Down”, unseasonably high temperatures demanded we find a north facing project, so we went to try ”Black Beauty”, a ten-pitch line put up by Cristoph Hainz, Xandi Kreuzender and Roger Schäli on Schwarze Wand, in 2006. Many people had tried it, but a redpoint ascent was still pending. We climbed the first six pitches either onsight or flash, reaching the crux pitch, a 55-meter endurance feast. Daniel spent two hours cleaning and tick-marking it, and suggested I try to flash it, and so I did. I battled my way up, hard section after hard section, resting as best I could, and getting so pumped that my hands would not obey anymore. In the last crux right below the belay, I desperately jumped to a ticked hold and miraculously held it. Doing the first redpoint of that pitch by flashing it, was particularly satisfying. Daniel redpointed it the next day. It is difficult to judge how hard it is, but after consulting other people that had tried it, we settled for 8b.

Late in August we headed to Rätikon to try “Gaza”, a route that Michi Wyser had recently finished on 7. Kirchlispitze. Although all pitches had been climbed free, it was still awaiting a continuous redpoint ascent. The climbing is beautiful and quite sustained, with five pitches 7c or harder and the crux being 7c+/8a. Once again Daniel climbed first, checking out the moves, so I could try to flash the pitches. This worked well until the last hard pitch, a 7c+ that was running with water, that I climbed second go. Two more easy pitches and the first continuous redpoint was in the bag.

Feeling in good form, I was a bit sad not to continue my rock climbing season into autumn. Instead, I headed to India, on an expedition with the German Alpine Club’s young alpinists team of which I have been the trainer for the past nine years. Although the expedition was very successful, sickness prevented me from taking part on any of the main ascents. Laura, Veronika, Raphaela and Jana climbed three mountains via new routes, one of which was a first ascent. More importantly, we had a great time together, a good way to close the three year cycle we shared. 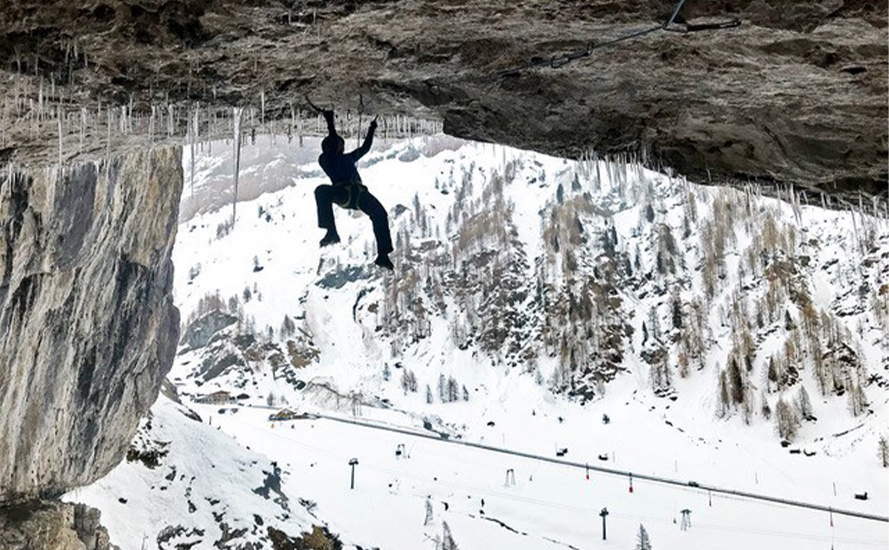 While in India, I tried my best to stay fit by hangboarding, and it paid off. In October, Daniel and I claimed the double victory in the men’s and women’s category of the mountain guides climbing world championship. Although it is not a super competitive field I was quite pleased, since it was the first time I participated in a climbing competition. The following day, and before the weather turned sour, we headed to Hochwiesler in Tyrol,  where I managed to do the second free ascent of “Südwild” a four-pitch line with difficulties to 8b. It then rained for four weeks…

Now it is time for the winter season, and as much as I look forward to skiing and mixed-climbing, I will look back at the countless sunny days spent in alpine limestone with great longing.