Following Your Passion - The Path of Magnus Mitdbø

The story of one climber’s success guided by his passion of climbing
How to best describe the life of Magnus Midtbø?  Besides a standout career in competition climbing, Magnus has also co-founded a climbing gym, launched a viral YouTube channel, traveled the world, proven himself as a training guru, and bolted and developed one of climbing’s most impressive crags. Aside from all of these achievements, what stands out most about 30-year-old Magnus is his passion for climbing, and the happiness and enjoyment it brings to his life.
There is a likeness to Magnus’s accolades, stemming from a genuine enjoyment of climbing, that share a similarity to those who came before; climbers’ whose love of the sport has left us with renowned brands, and infamous routes. And while Magnus, who is overtly humble, would never claim any celebrated titles or the likeness to these climbers of generations past he is quick to mention the fun that comes from climbing and of the skills it has helped him develop, both of which transfer into his other pursuits.
​​​​​​​ 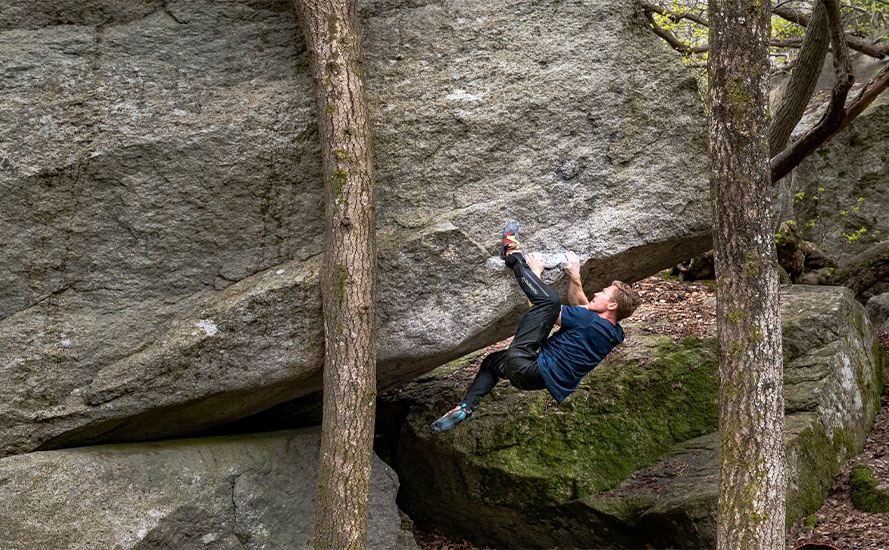 Magnus first began climbing when he was 11-years old at a local gym in Bergen, Norway. As a child, he says, “I learned the typical Norwegian sports, how to cross-country ski and how to swim. But once I found climbing I was immediately hooked.” After observing his first local climbing competition, he began focusing on training to compete and soon dominated the Norwegian circuit. Always up for the next greater challenge, he quickly transitioned his sights to the international climbing circuit.
Stepping into international competitions, Magnus proved himself once again, driven by self-determination combined with his natural talent. He credits his successes in part to his passion for training, which he seems to have an innate understanding of. During this time, Magnus developed personal routines utilizing climbing specific movements, weights, and cardio that allowed him to train every day while resting muscles groups in intervals.
From age 14 to 27 Magnus competed around the world, earning a reputation for his talent and gathering the medals to prove it. This includes being a 17-time Norwegian Champion, having stood on multiple podiums in the World Cup, being named the Youth World Champion in 2005, taking 4th place in the World Championships in 2011, and winning the bronze medal in The World Games in 2013.
In 2015, Magnus made the decision to retire from competition “after 18 years of competing I wasn’t enjoying it anymore. I felt like I had done as well as I could and that no amount of training would change this,” he explains. “I get motivated just by climbing, some people need competition or a goal but I’ve never needed that.” Punctuating his love of climbing, Magnus explains that his accomplishments outside on real rock are the ones he cherishes the most.
Magnus has onsighted multiple 8b+ routes, and with his 2013 onsight of Cosi Fan Tutte (8c+), a 55m long route in Rodellar, Spain he became only the 5th person at the time to onsight this grade. In 2010 he made a redpoint ascent of Ali Hulk, Sit Start Extension (9b), which made him the 6th person in the world to tick 9b.

Yet Magnus’ most lasting impressions on climbing history to date aren’t fixed in the grades he’s ticked, but come instead from his passion for route development. Magnus is one of the key developers who introduced the world to the Hanshallaren cave in Flatanger, Norway, a crag that has become a proving ground for the world’s strongest climbers. After hearing about the area for 3 or 4 years he went to see the cave in 2011 and was immediately captivated.
“It is difficult to even fully comprehend the scale of the cave until you start bolting it” he explains. “You can spend all day bolting and cleaning a line but at the end of the day it seems like you’ve made no upwards progress.”
Magnus labored with a group of friends in 2011 to develop lines that top climbers from around the world continue to seek out. Thor’s Hammer (9a+) is the most well-known of these routes. While Thor’s Hammer has seen multiple ascents, it wasn’t until 2016 that Magnus himself was able to add its name to his list. 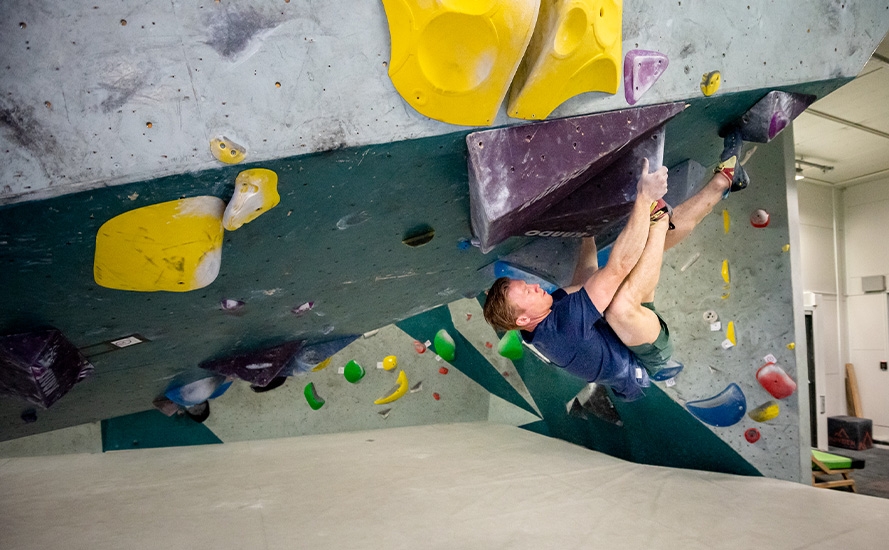 Through two decades of climbing, Magnus found his way into his other calling of passion, business. In 2017, he founded a climbing gym in Oslo, Oslo Klatresenter.
As Magnus reminisces about his childhood gym and the role it played in his life, it is obvious how important opening Oslo Klatersenter was for him. “Although [my childhood gym] was basic it still had its certain charm,” he says. “It was like a second home, I spent so much of my youth there. Even now it is one of the places that holds the strongest memories when I go back and visit Bergen.”
It is easy to see Magnus’ influence on the Oslo gym based on his knowledge and experience with training facilities around the world. From the towering four-story lead arch, two separate bouldering floors, a secluded training area, and the communal café, the entire 3500 sq. meter facility showcases his passion for training and the importance to him to provide a place of community for climbers to gather.
While opening the gym, Magnus also started Vlogging on YouTube. What started with sparsely published insights into his life, the opening of the gym, and videos of his famous one arm muscle-ups, rapidly grew into a full-time career as an eponymous YouTube producer. Now, spun together with his passion for climbing, training, and fitness Magnus takes his nearly 300,000 followers across the globe climbing in exotic locations and entertains them with various physical challenges.
So what’s next for Magnus? It’s hard for him to specify, maybe it’s a new business challenge, maybe a climbing trip or two, or maybe more route development. Either way, it's clear that climbing brings endless happiness to his life and that isn't something he will move away from anytime soon.
​​​​​​​
​​​​​​​ 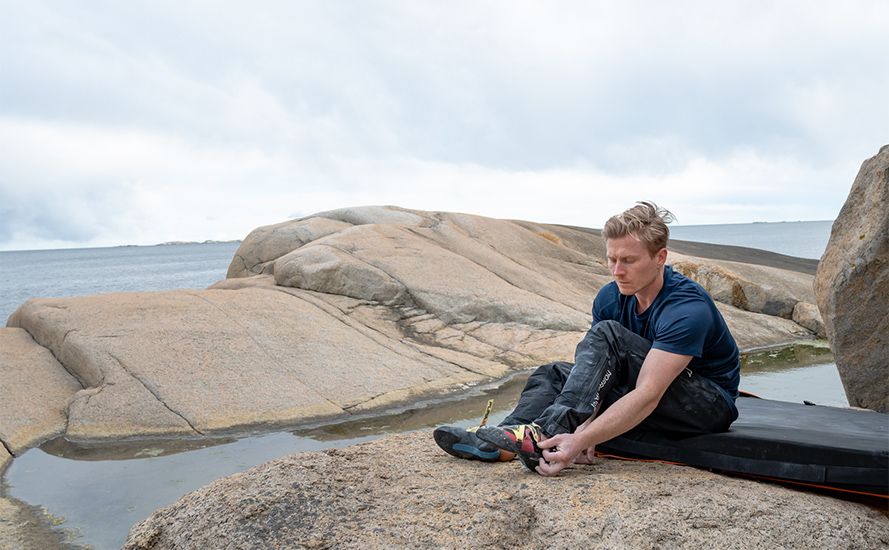