Francesca Canepa, the woman who conquered the UTMB and made an entire nation dream

She is the first Italian woman to have won the most prestigious alpine running race on the planet. I feel like an arctic wolf and I’m going to tell you the secret of the comeback.

The UTMB is the most important race in the world: an epic journey of 172.5 kilometres with an elevation gain of 10,400 metres where all the top runners meet up to figure out which of them has the heart, the soul and the muscles to win the challenge with Mont Blanc that takes off from Chamonix and has them running along French, Italian and Swiss trails. Well, this time around the race was won by an Italian woman – and for the first time in the history of the race! Her name is Francesca Canepa. The 46 year-old Aosta Valley native is a psychologist who has been running top-level races for years after a past as a snowboarder.

Francesca, congratulations. You have made alpine running history.

“It’s a dream come true and it’s mind-blowing! It was my greatest wish and I wanted to make it come true no matter what. The strangest part is that I wasn’t feeling any emotions during the race; I was like a robot. It had been all planned out”.

Are you saying that you were able to sit and plan out every detail of a 26-hour journey in the mountains?

“I usually just run without giving it too much thought. I go with the flow and follow my feelings. But I really wanted to make it to the podium and even win this race – even if nobody would have bet on me winning it! I was emotionally sterile while running this time. I knew what I had to do and how to do it. So, I just did it!”

Right. You have a lot of experience though. Was that useful to you?“I had already run this race four times before, with one podium and three withdrawals. I knew the passages of every stage of the trail. Renato (Renato Jorioz, Francesca’s trainer and companion - Editor’s Note) helped me out with information and the timing on hand. We figured out my strengths and weaknesses. For example, I always held the fastest time at 200 kilometres of the two Tor des Géants I won. I even beat the men on speed”.

So, you knew you had everything you needed to make it. Then you ended up with twenty other competitors ahead of you. Did that make you anxious at all?
“I was sure of myself: if I handled things right I knew I could make it to the podium without killing myself. All I had to do was follow my DNA without trying to resist it. I could even afford to lose thirty minutes because I could always recuperate it later on. Year after year people start off really big and wind up cracking”.

And that really worked for you. When did you fully realize that you could seriously win this thing?
“By the time I got to Courmayeur it felt like the plan was working. I was calm and everything was going according to schedule. Then there was Switzerland to run through – right ahead of me. I kept the chance I my legs to really make a difference. That’s when I saw people on the trail cheering me on. Some were even crying”.

“Forgive me for saying so, but I really really wanted to win: this was my Olympics! If you really believe you can, then you’ll take you life into your hands and do what’s best with it. It feels like this victory of mine has touched the hearts of many people and has given them the proof that anything is possible”.

SCARPA® congratulated you with a special note: you are the first female Italian athlete to have won the UTMB and you were even wearing Italian shoes. Are you happy about that?

“Yes. I was wearing the Spin. And that was crazy of me. They don’t have a lot of cushioning and nobody would ever try them for a 100 mile race. But I always run on my forefoot so I need a shoe that sticks to where I land – a shoe that is precise and safe. I ran a race that got people to dreaming and the comeback is always compelling. Everything would have been different if I had stayed in first place throughout the entire race. It was the comeback that made it epic! I wanted to make history and I have succeeded”. 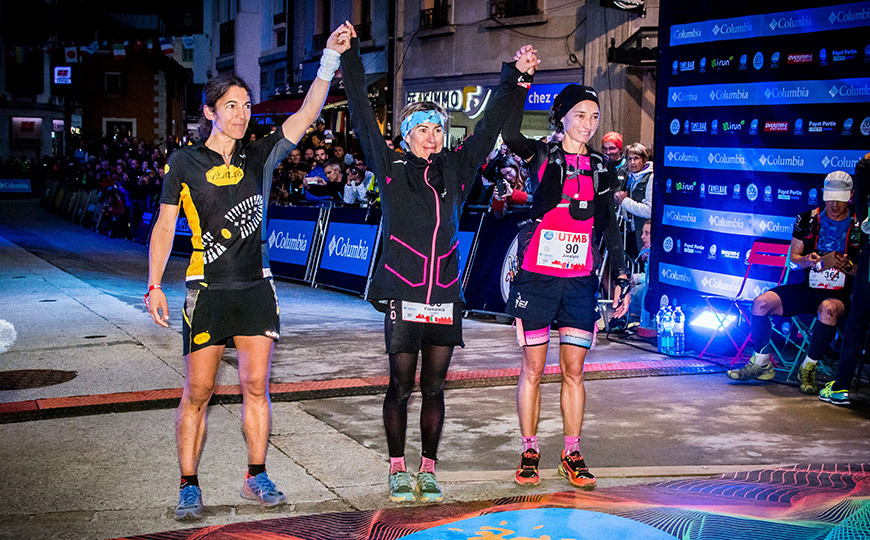