Gil Pintarelli, the one who gets "euphoric" on the mountain peaks and almost broke down in tears at the Trentapassi

The SCARPA athlete has won the cliff overhang race on Iseo Lake and talks about his passion for the mountains. I love twisted paths and discovering new trails. Here are some of his professional and personal goals

Gil Pintarelli is 37 years old and he has a serious condition: he gets totally high on mountain peaks. He confirmed this after having returned home from a magical day spent skiing along a canyon north of Busazza peak in the Presanella Mountains at an altitude of 3000 metres. His idea of a perfect day is searching for wild trails and testing new paths. He probably does it more for the excitement than as a training exercise. “Look, I’ve just read Anne-Laure Boch’s book where she talks about our need to outdo ourselves, tackle the mountains and their peaks. It sounded like she was talking about me. The final sentence sounds just like me: the only ones who complain are those who have never experienced the euphoria the peaks are capable of giving to you – the greatest reward of them all”.

You really love the mountains, Gil. What does it feel like to race in them?

“It might seem like something of little or no importance but it’s a real mind-blowing emotion. You make it to the top, to the sky. I don’t like easy trails and I haven’t run on asphalt in years. I really love the challenge and the joy of tying up a race. It’s something I’ve always had inside and it keeps me moving forward and into the infinite”. 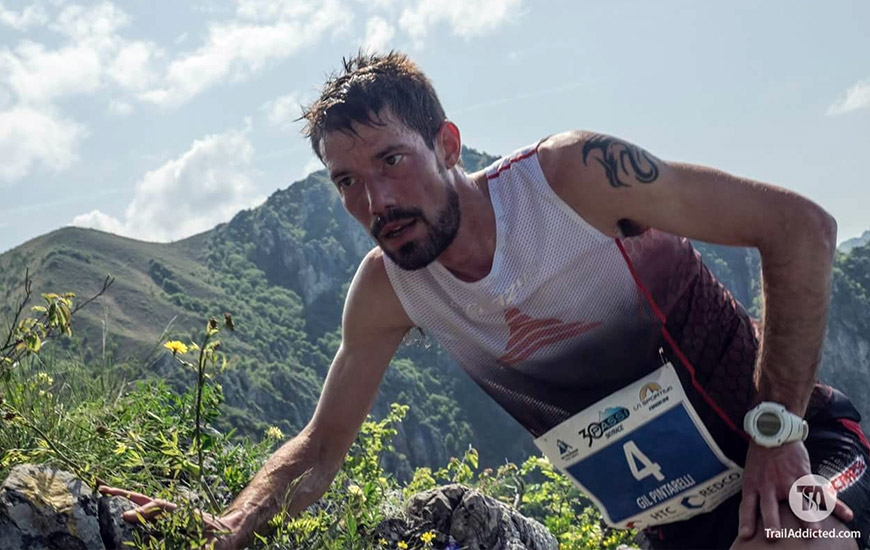 Speaking of challenges, congratulations: you have won the Trentapassi along fierce trails and mountains with overhanging cliffs on Iseo Lake. How was that?

“The organizing staff lengthened the race about five or six kilometres compared to last year’s edition. An extra crest. Many, even those who were in the lead, were really hurting and I’m not ashamed to say that it took me five days to recuperate from it. But it was an amazing race. I started out in top condition and I managed the challenge right up to the vertical, when we got to where the inflatable was. It’s a place that can only be reached by helicopter. And then I just went for the descent”.

An epic moment, a technical precipice before the climb back up. Were your legs spinning?

“I run better when I’m running uphill, but the rush you get running downhill is a whole other story! We had to climb 1860 metres along a 24-kilometre trail. Then I ran off towards the next peak and I realized that I was in first place. After that, the descent. It was exhausting. I really had nothing left”.

But you were first. How did you hold up during the final stage of the race?

“Practically, I never stopped. Not even to drink at the refreshment stand. I just grabbed a cup on the run and knocked over about ten others. I couldn’t let up, I couldn’t give in. This final huge descent, the one with the terrace steps on the asphalt, made me cry. But I got through it. I hope it’s just the beginning of a great season. I’m planning on competing on the Italian skyrunning circuit as well as in the International Federation World Series”. 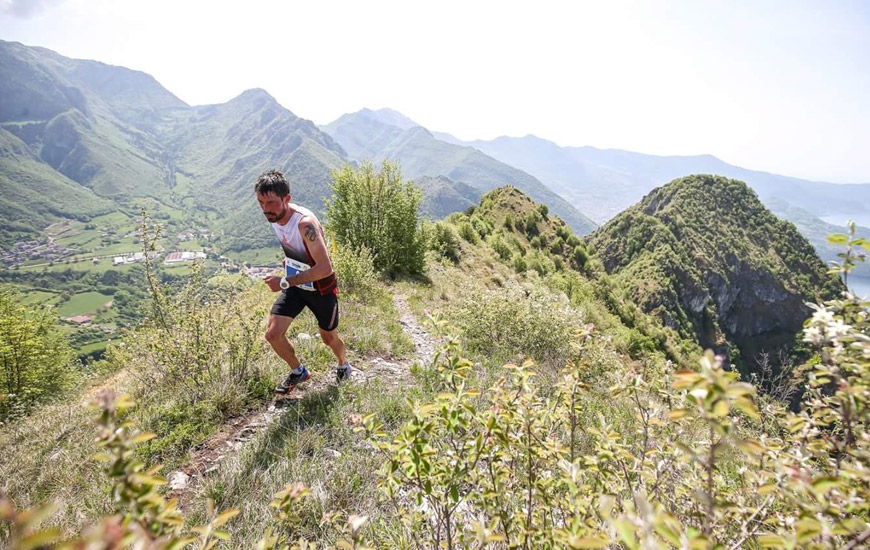 How do you make it to May in shape to take on these challenges?

“I take my running shoes off in the winter and I train and race with my Spin Rs, wearing my Neutron 2 for long trails at a slower pace – to dedicate myself to ski mountaineering. Four straight months. At lunchtime I slip on my skins and I go climbing. It strengthens your muscles and it’s the only way to go if you intend to run uphill during the summer without destroying your tendons”.

“The truth is that I adore the mountains. In the winter I work at a place that rents skis, while in summer I rent e-bikes in Val di Rabbi (80 kilometres from Pergine Valsugana in the Trentino Region where I’m originally from). I have lots of fun while I train. Every step is different from the one before. Every foothold changes, ever moment is different. My true passion is for nature at its wildest – technical descents and discovering new trails, maybe even using a map!” 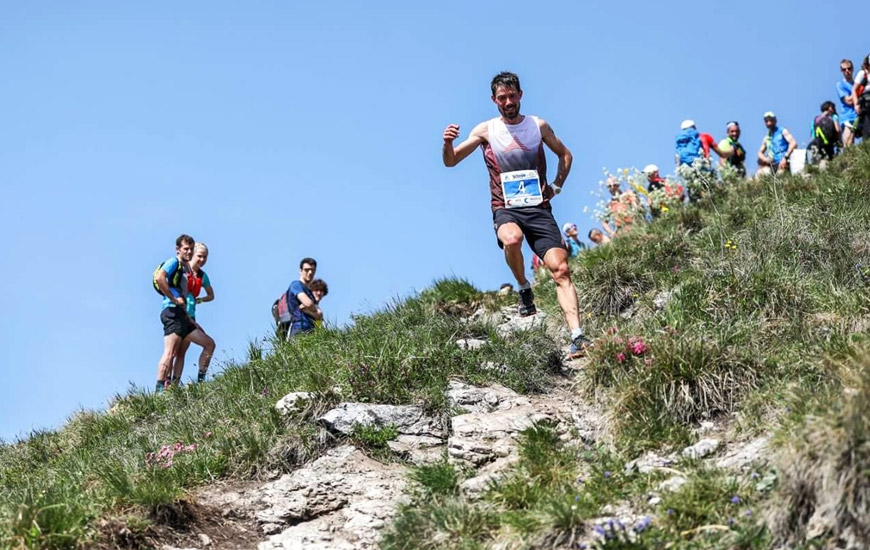 You must have some limitations…

“Yeah, at the moment I can’t even imagine myself doing long-distance running. Let’s say like beyond 40 kilometres. I haven’t got that kind of motivation yet but I see a lot of people who have. You know what they always say. Limits are there so you can go beyond them so let’s see what the future has in store for me”.

Speaking of the future, what does a skyrunner at your level foresee after 40 or 45?

“I’m taking a course for mountain guides who don’t surpass 1500 metres with their groups. It’s my way of extending the season and taking people to new places to explore. I might even have them follow the trend of the fast runs in the mountains - which is halfway between mountain climbing and organized trails. After all, the energy that keeps me going is always the same. That sense of euphoria I get on the peaks”.