Great performance of SCARPA athletes in the boulder and lead contest. 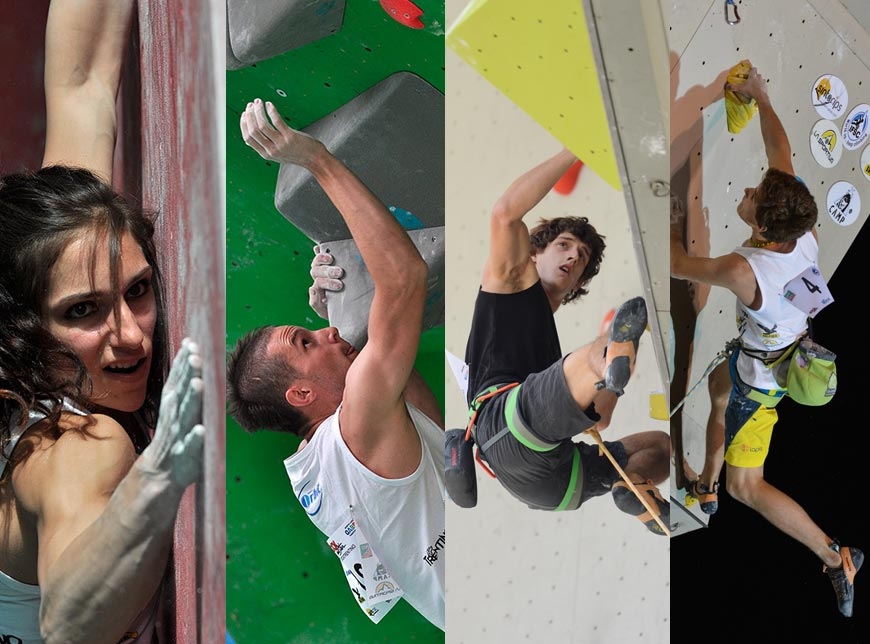 Great success at the Rock Master Festival 2014 in Arco, Italy. During the Boulder contest both winners (male and female) wore SCARPA shoes: Alex Puccio and Jernej Kruder.
Alex demonstrated again her superiority with a performance that did not leave any chance to the opponents and marks her third consecutive triumph in the Festival.
Jernej on the other side showed his great state of shape, managing to be the best at the end of the competition and confirming once again to be one of the top level athletes in the Boulder world.

Another great result comes from Lead competition, the most important of the Festival. Francesco Vettorata demonstrates to be no more just a promise, but a true reality in Italian sport climbing scene.
With an exciting performance Francesco showed his excellent skills, ending the contest at the second place. A Silver medal that brings him closer to the legends of sport climbing.

Podium also in Duel competition thanks to Domen Skofic, fifth in Lead, who won a medal of great value. In the race reserved to the first eight climbers male and female, the young Slovenian managed to beat most of the competitors, finishing third.