Hervé Barmasse and Exploratory Climbing for the "Objective Zero" mission: Climbing the Gasherbrum IV without leaving a trace.

Barmasse, the native of the Aosta Valley, and Germany’s David Göttler have left for Pakistan and their goal is to ascend the previously unclimbed south-western face of the Gasherbrum IV (7925 metres) without leaving any signs of waste 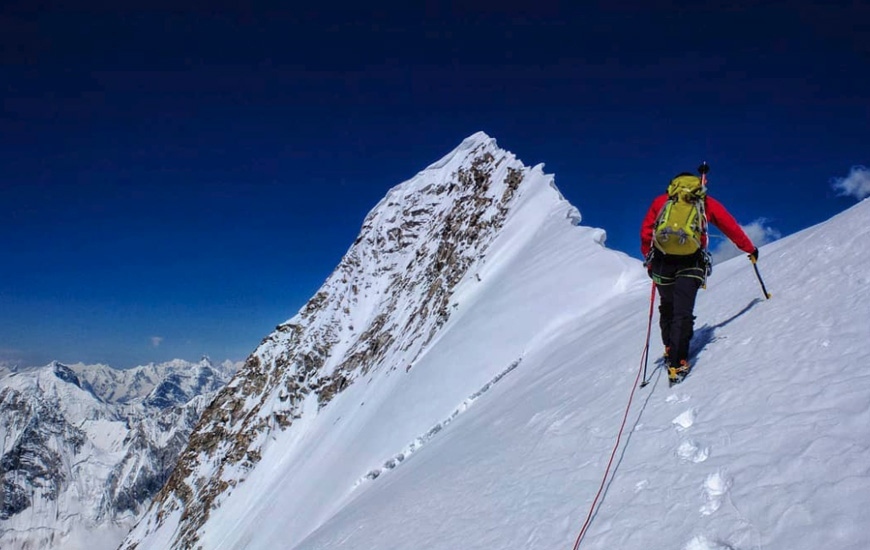 Hervé Barmasse, one of the world’s top mountaineers and a long-standing Ambassador for the SCARPA® brand on a global level, and Germany’s David Göttler, the mountain guide and video maker, left yesterday to tackle a new undertaking filled with challenges and obstacles: the “green” ascent of the Gasherbrum IV (7925 metres), one of the most majestic and arduous mountains of the Karakoram Range. They will attempt this feat in total autonomy without any fixed ropes, supplementary oxygen or high-altitude porters. This mission has been christened “Objective Zero” because zero is the amount of waste that will be abandoned on the mountain and zero will be the ascent’s environmental impact.

The so-called “Shining Mountain” has only been climbed four times until now and is believed to be the most difficult of the K2s. The first ascent took place exactly 60 years ago on 6 August 1958 with Walter Bonatti and Carlo Mauri during and Italian expedition led by Riccardo Cassin. Barmasse, who successfully climbed the south face of the Shisha Pangma (8027 metres) with Göttler last year in only 13 hours in pure Alpine style, states that they will be “…following the tracks of the great explorer Bonatti and using the evolution of the high-altitude style introduced by Reinhold Messner”.

These two main players figure that they’ll need 7 days to reach the base of the mountain, 23 days to adapt to the climate by climbing other peaks and 4 days to ascend the face. The content of the material they are using is equally extraordinary: 12 kilos will suffice (about 1/5 of those necessary for similar ascents in Himalayan style) and 60 metres of rope. The estimated physical and mental duress for an Alpine style climb is over 70% in comparison with its Himalayan style counterpart.

This endeavour demands close attention from the public not only from a mountaineering standpoint but because of the focus to not invade the mountain by leaving the traces usually considered inevitable. In the words of Hervé: «The way we’re going about climbing the mountain is more important than the peak we want to reach».

Everyone here at SCARPA® wishes Hervé and David the very best of luck!