On 31/12/2018 Jernej Kruder made the first ascent of Dugi rat at the crag Vrulja close to Omiš in Croatia. Graded 9a+, this is now the hardest sport climb in the country. 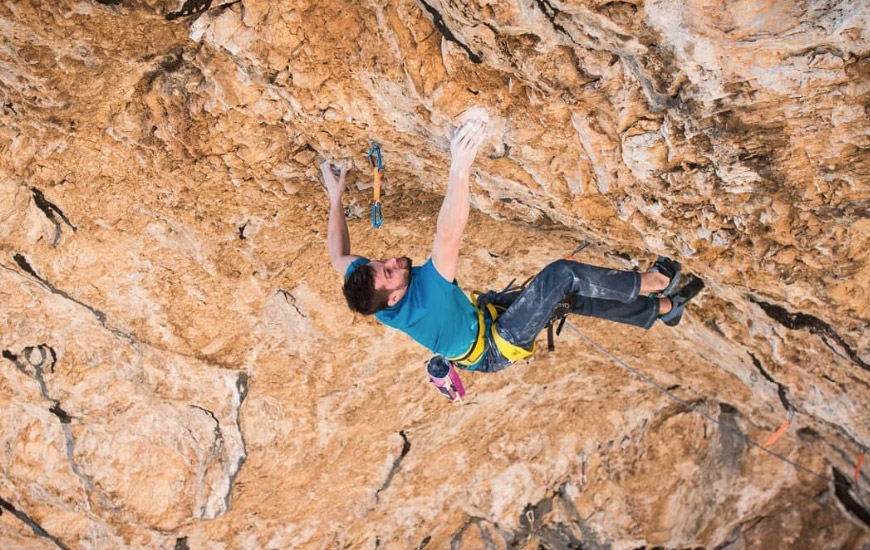 2018 had been quite a year for Jernej Kruder. The Slovenian powerhouse won his first ever stage of the Bouldering World Cup and capped this by never placing worse than 8th and winning the overall Bouldering World Cup 2018, he made the first ascent of Slovenia’s second 8C boulder problem, Metafizika at Jurkloster, dabbled in some difficult Deep Water Soloing at Mallorca and forged a demanding new multi-pitch at Sella Nevea in Italy and, importantly, made the first ascent of his huge roof project at Omiš in Croatia.

The 30 meter route offers some extremely steep climbing with increasing difficulties the higher you get before reaching the tricky crux right at the end. Kruder bolted the line and first started working it four years ago but was stumped by the difficulties and also soaking holds. He kept coming back though, sometimes even catching a bus from Slovenia to Croatia, and finally sent the problem on the very last day of the year. "It’s in the best location and has some incredible moves" the 28-year-old told planetmountain.com. The new route is called Dugi rat, long war in Croatian, and checks in at 9a+, making it the hardest in the entire country.