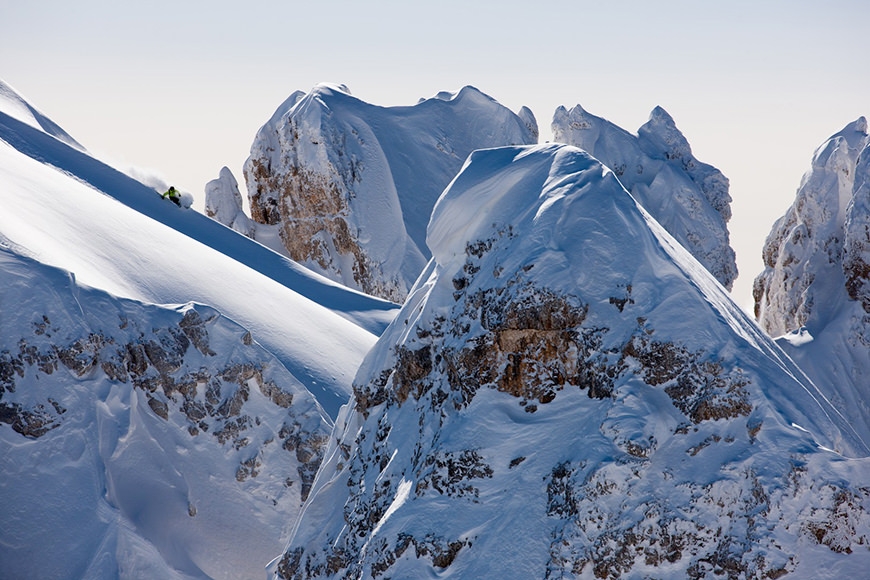 King of Dolomites is a photograph contest centered on the backcountry skiing, whether on Freeride and Telemark skis or on Snowboard. The third edition of this contest will take place in San Martino di Castrozza from 20th to 22nd of February 2015, in the Eastern Dolomites of Trentino – at the foot of the majestic Pale di San Martino (San Martino Peaks). This contest in its Third Edition brings many enthusiastics from all around Europe, who can take part in the “Pro Team” contest, for professionists or in the “Wannabes” one, open to all.

In the program, not only competitions, but also workshops, meetings, conferences and test days. Don’t miss the SCARPA®’s evening on Saturday 21st at 21 at the Iceberg San Martino, where during the conference of  SCARPA®'s Freeride Team Giulia Monego of the Team SCARPA® will introduce the new FREEDOM RS to the KOD friends, winner of the ISPO Award in the Freeride&Touring Boots category. And also join us at SCARPA® MOJITO Party before the final day of the event.
Don’t miss the test days during the King of Dolimites, when you will be allowed to free test FREEDOM RS: a unique opportunity for all the freeride lovers!

Everything ready, see you on Thuesday 19th of February.

Here is the Event program: enjoy!