Latok I and Luka Strazar: the journey into a gigantic north face as told by one of the protagonists

SCARPA’s Slovenian athlete Luka Strazar, along with Aleš Česen and Tom Livingstone, made history by being the second expedition to climb the mountain – the first ever with a departure from the north face.

Latok I (7,145metres), Pakistan. It’s one of those compelling stories that began with an expedition in 1978 when three extraordinary Americans, including the Lowe brothers, attempted the first climb to the mountain’s peak. After 26 days on the north face they had to give up at less than 200 metres from the top due to a storm and Jeff Lowe’s unstable health conditions: the endeavour was proclaimed as the most outstanding failure in the history of mountain climbing. A Japanese expedition made it to the peak the following year but they had departed from the mountain’s less challenging south face. Then forty years passed without any new developments.

The world’s best climbers have taken turns year after year but Latok’s north crest has always resisted any attack! No one was even able to reach the spot the Americans hit in ’78 and an air of mystery and invulnerability surrounded the mountain for decades. Until this year, that is. The Russian climbers Glazunov and Gukov made it to the top of the north pillar notwithstanding terrible weather conditions. Then Glazunov plunged tragically to his death. Gukov resisted for six days at an altitude of 6,200 metres until the rescue helicopter arrived and heroically his life was saved. Finally Luka, Česen and Tom got their shot at the mountain: they climbed a portion of the north crest and then shifted to the south face and reached the top. So, they have added another chapter (probably not the final chapter, though) to the story of this mountain! 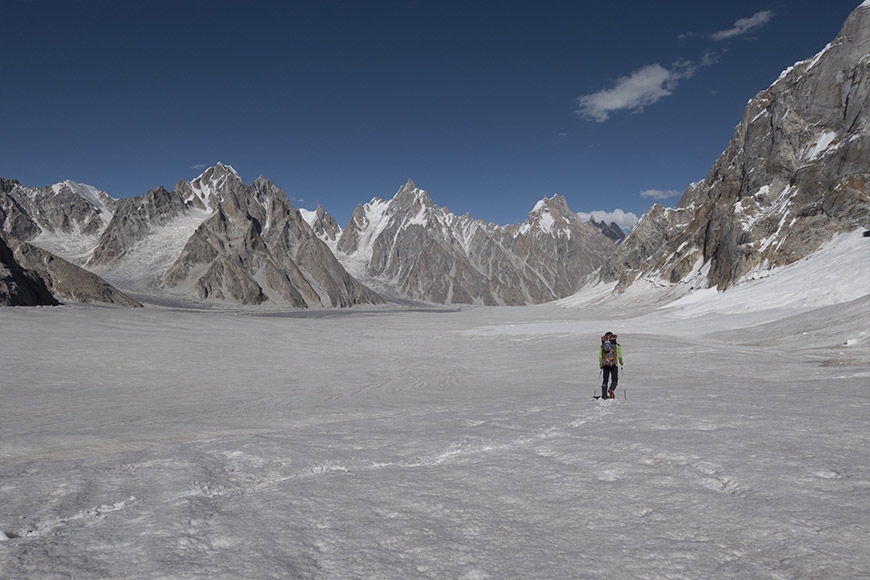 Luka, how did the idea to climb Latok I come about?
“The story of Latok I from a mountaineering viewpoint is a famous one but I would say that the idea to climb it turned into a real project about a year ago when Aleš and I decided to go to Pakistan. We asked Tom if he would like to join us. And then it was a done deal! We wanted to find a way to climb it in the fastest way possible from the very start which is why we climbed 2/3rds of the crest and then shifted to the other face. It just sounded more logical to us”.

Tell us about your sensations during this adventure. What did you experience?
“One of the greatest sensations of this expedition was when we went from thinking about it to actually doing something about it: after all this time reading, listening and talking about it the only thing that really mattered was climbing it. That and making the right decisions. I have to say that I’d be lying if I told you it wasn’t tough…but it was great all the way! The conditions were perfect and the weather was good for most of the time. Concentration made those long slippery glaciers seem much shorter. 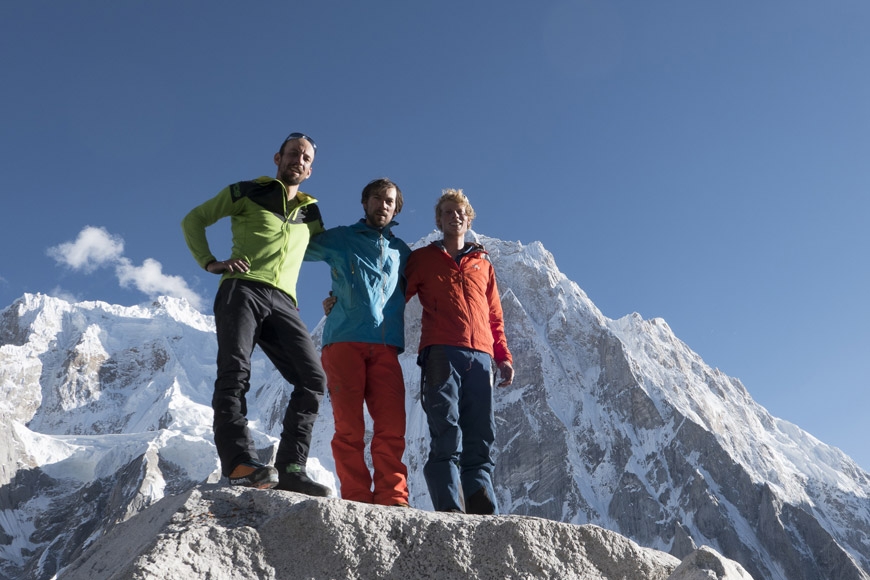 The other sensation I remember has to do with the ‘here and now’: we were psychologically prepared to turn back at any moment if things got too risky. So, making it to the top actually ended up being a surprise to me!
Last, but not least, was the sensation in my belly: I really learned what being hungry felt like during those final days! But we couldn’t have done it any other way because if we had brought all the food we wanted, we wouldn’t have even been able to walk!”

What does climbing Latok I really mean? What are the challenges?
“You have to keep moving - and at a high altitude for seven days straight while keeping your concentration and fighting fatigue. A trial of endurance and concentration. You can’t give up! There aren’t any M8+ boulders or passes up there…”

Is there anything comparable in the Alps?
“The ascent is 2,400 metres so technically it’s easy enough. It’s hard to compare it to anything in the Alps especially when you consider all the environmental factors. If Latok were in the Alps, it would be something that could be climbed quickly like the north face of the Eiger or the entire Peuterey crest. But you can’t just climb the Latok any time you feel like it. There aren’t any webcams to verify weather conditions before taking off and the base camp is at 4,600 metres – the altitude where most of the ascents in the Alps terminate. All of these elements change the rules of the game and you have to play your cards right – both physically and mentally”. 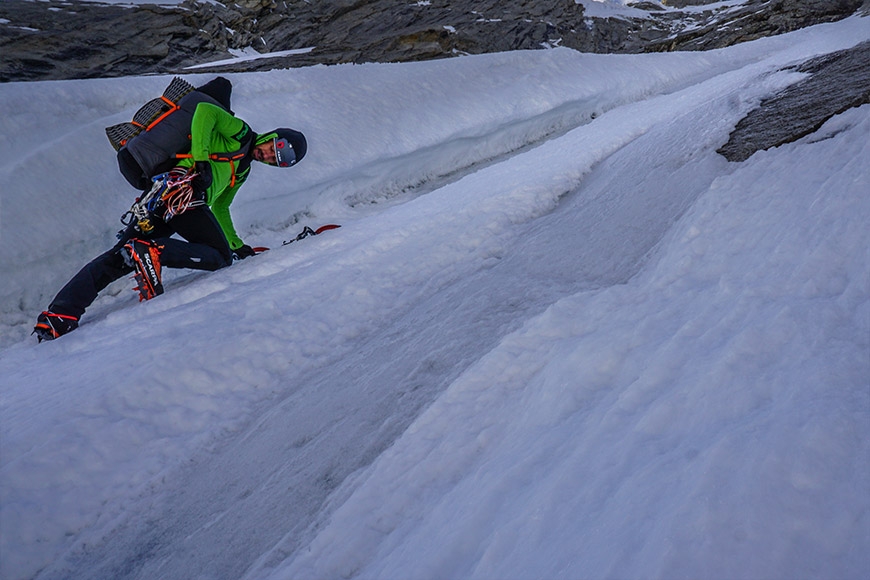 What is your advice to mountaineers who want to train for an expedition?
“You can find advice on how to train for strength and endurance pretty much everywhere. I’d like to be a bit more philosophical. I like going to the mountains to live the experience, getting up there and loving everything about them. So, my advice is: don’t go just so you can get an awesome picture to post on social networks or to sound cool when you talk about your adventure at the gym or in some bar. The possibility of failure is real and present but it does not lessen the value of the experience itself. You should plan on a good place to camp out and on melting snow so you’ve got something to drink. Those little things that aren’t very exciting but can make the adventure totally fantastic!”