Austria’s Michael Kemeter has made the first free ascent of a big multi-pitch climb at Mont-Rebei in Spain, established in 2018 by Ignasi Miralpeix Llobet e Gil Furriols. 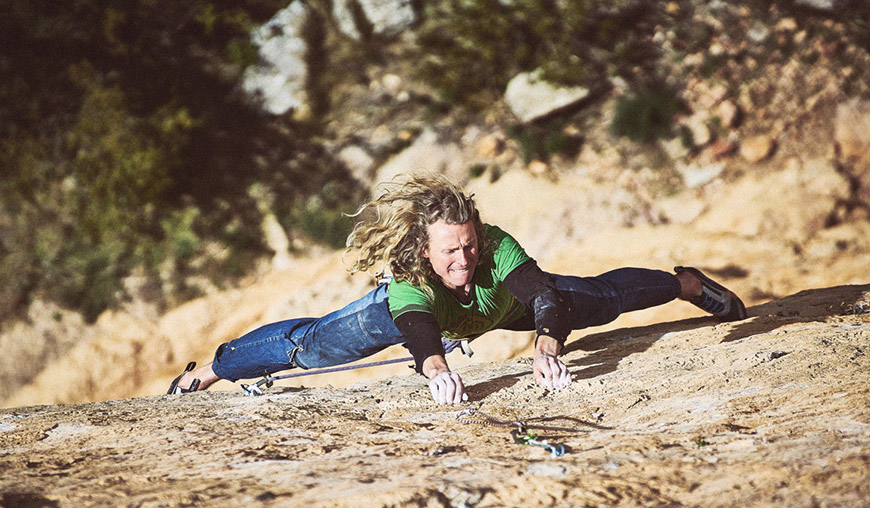 More often than not the ascents of Michael Kemeter slip under the climbing news radar, yet the 30-year-old Austrian is a highly talented climber with countless hard repeats and new routes to his name. The Voie Petit on Grand Capucin in the Mont Blanc massif and Paciencia on the Eiger spring to mind as does his Tortour up Schartenspitze in Austria, and his latest creation isn’t located in the Alps but at Mont-Rebei in the Spanish Pyrenees.

The immense bastion of yellow limestone hit the international limelight latest in 2016 when Chris Sharma shared progress he was making on an unrelenting multi-pitch climb he had established a few years earlier ground-up high above the gorge, but obviously those in the know had eyed other lines nearby. In spring 2015, for instance, Ignasi Miralpeix Llobet and Gil Furriols established a 120m route ground-up through the righthand side of the “Catalunya wall”, placing bolts where necessary and protecting the remainder of the climbing with trad pro. Although they reached the top of the wall, they failed to free the crux.

Kemeter travelled to Catalonia in winter 2017 and teamed up with Ignasi. After four days of effort they managed to free all the moves, but time ran out for a one-day free ascent. Kemeter returned last winter and, after working the pitches once again, teamed up with France’s Rudy Cassan to make the first one day redpoint ascent. The technical difficulties check in at 8b+/c (7b, 8b+c/, 7b+/c, 6c+) making Mentre hi hagi llum, at present, the hardest free climb on Mont-Rebei.