Need a shoe that will find every nuanced hold on steep rock? Then check out the new, award-winning SCARPA Furia. By trading the bulky midsole for a responsive Power Connection Band (a tensioned rubber strip under the foot), legendary SCARPA rock-shoe designer Heinz Mariacher has achieved a new paradigm of sensitivity, softness, performance, and comfort in the Furia.

The Furia’s PCB rand helps activate the strength in your entire foot for dynamic movement, insane grip, and delicate touch. It’s so good, Climbing Magazine gave it the coveted Editor’s Choice award. Sport or bouldering, indoors or out, the Furia is the perfect shoe for your next project. 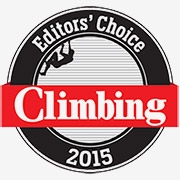 Media praise of the SCARPA Furia

“World-class, mega-dank! Thanks to perfectly soft edges, Ryan Gosling in ‘The Notebook’ sensitivity, and a delightfully comfortable fit,” one tester said. So comfortable that he wore them on the 13-pitch Yankee Clipper (5.10b) in El Potrero Chico, Mexico, and was still grinning and singing after a full day of edging on micro-nubs. The same tester onsighted three 5.12s in the Furia at crags around Chattanooga, Tennessee, choosing them because of their versatility and performance on verticals, steeps, pockets, smedging, edges, slopers, and everything in between. – Climbing Magazine