Stasa Gejo is the World Champion 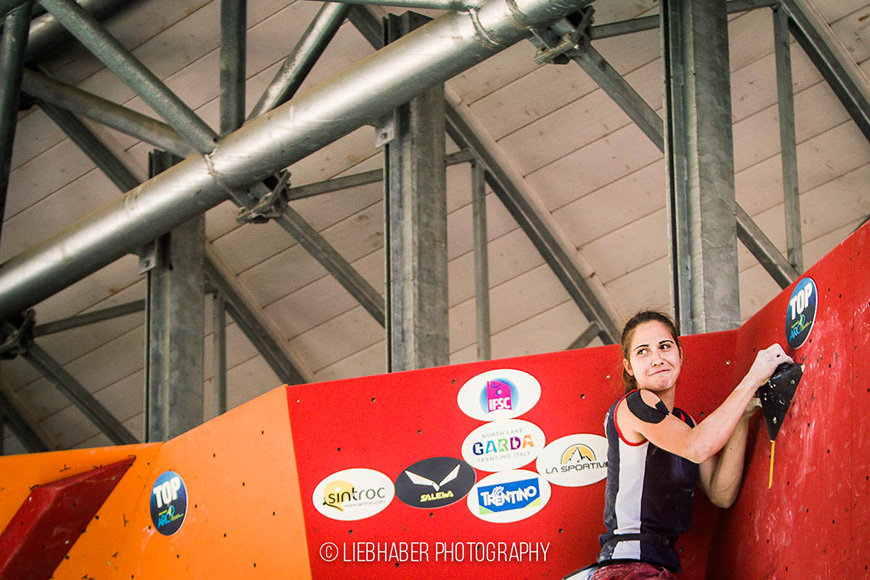 I am finally in Maribor again, back to finish my last year of high school. A week before was the most exhausting week of this season and also the most important one. I arrived in Arco, on the World Youth Championship completely prepared, psyched and extremely motivated for the upcoming fight for the first ever bouldering champion title. Junior Female category was more than
tough. On the startlist were mre than 50 competitors of which nearly 50% were really high class climbers, including Miho Nonaka, Jessica Pilz, Julija Kruder, Chloe Caulier, Margaux Pucheux... all those well-known names, experienced 18 and 19-year-old girls about to fight their way into finals and the podium. But when I saw the start list and my terrible starting number 44, I wanted to cry... I was supposed to spend more than 3 hours in the isolation zone. If I hate anything about competitions, that is waiting. In addition, the qualifications started in the afternoon, which was actually additional waiting in the camp, watching other categories - basically doing nothing. That evening before the start, I felt disastrous.. "I hate waiting!", I would constantly repeat to myself. I was lying in my tent and kept asking myself "Why does it have to start so awful?" 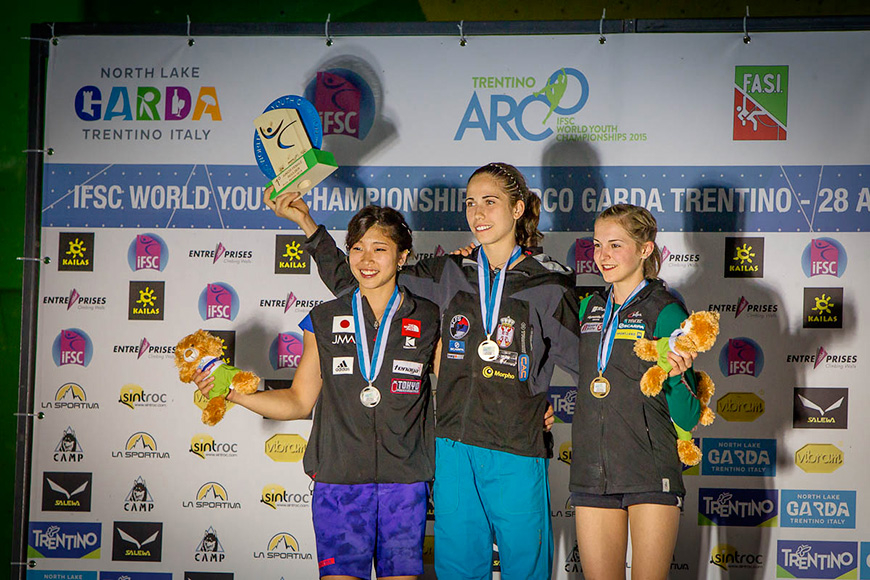 I couldn't wait for this event the whole year, every moment of training was dedicated to it, and one of a sudden I felt terrible for even being there. Then I thought for a while and realized that there is actually nothing so horrible about waiting and got some ideas how to fulfill those boring hours. In the morning I went for a motivational run and restarted my brain. I felt like I was reborn. Qualification boulders were quite hard and I was a bit nervous at the start. My hair got stuck between the small structure grains on the huge volume on the boulder so I fell out of balance and lost the flash attempt on the first boulder. I did it in second try and flashed the next two. Unfortunately I got stuck on the last boulder and I kept thinking I was doing something wrong. I also got afraid that it would cost me a good position... Luckily, three boulders were more than enough for the semifinals and I entered the next round as 2nd.

Again, waiting... this time even more than for hours... again "Why?!" kept repeating in my head. Gorazd said: "Look, if you want to be the best, you have to pay for it! So shut up and wait." That was absolutely true... 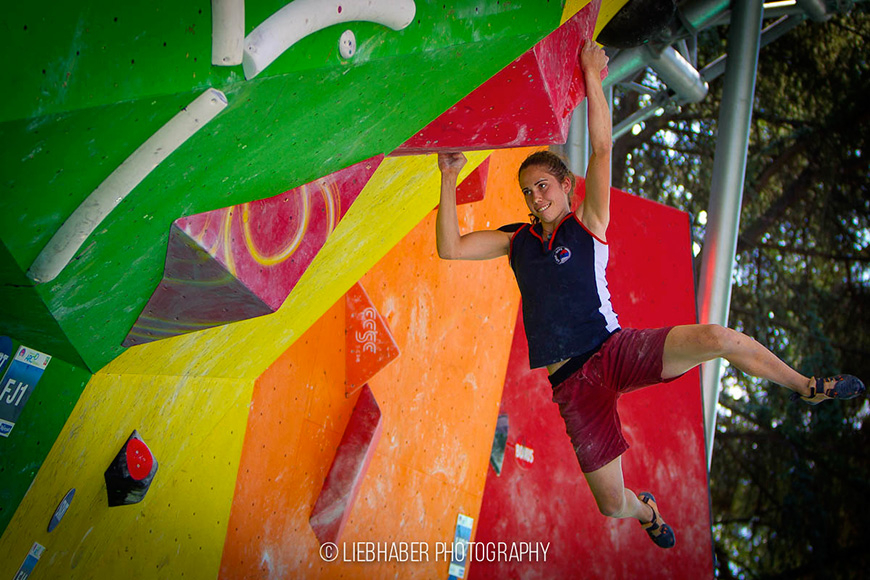 Semifinal boulders were very beautiful and interesting, so I had a lot of fun - winning combination! I climbed all four of them and entered first World Championship finals as second again, right after the incredible Miho Nonaka. The feeling of being in finals is always awesome. All the girls I mentioned at the beginning were in finals, best of the best. On the fourth day of the event I entered the warm-up wall motivated as never before, but I admit that I was already tired. I could feel it in my moves,all the muscles and joints that I might not be able to do 100%. But I decided not to worry about it, and scared all the pressure away :) I flashed the first boulder and entered the 'excited mode'. But I got stuck on the second one - the hardest of all and couldn't even reach the bonus. I could hear from the loud commentators that nobody climbed it and it gave me some slight relief. I moved on, from the beginning. This boulder did not exist anymore. The next one was a slab - my favourite. I consider myself a bit crazy by the reactions I have when I see any slab and the love I have for this gorgeous and peaceful style. I got surprised how easy was the first part, until the bonus. But the part I did not expect to be tough was the last move to the top. I put my foot on the high pyramid without any special difficulties and started pushing towards the top. The position up there was so tight that I couldn't quite move freely with my height. That's why I fell off the top in the flash try. I was very confident in the second try and did it even easier than before. Another top for me, no other girl managed to top it. The last boulder was on. The pressure had risen in the zone. The starting move was a side jump that looked quite ok. When I faced it, it turned out that it wasn't as simple as it seemed... First try - fall... second - fall... third - as well... and it kept on and on. Holds got slippery and I became impatient. I was very close every time, but still couldn't hold it. A minute and something before the end I
finally managed to do it and reach the bonus, but I just couldn't proceed any further and fell. Time was over... it was Miho's turn to climb. "If she tops it, she wins", I thought. I went back to the iso, put my headphones on, turned the music on maximum so I can't hear what is going on, and closed my eyes. I sat there, shivering. I wished to win so bad, because I saw that the victory was so close to me, even though Miho was so good all the time. But she made that mistake on the slab and didn't top it. That was my chance, to finally become a world champion.

The judge interrupted my crazy thoughts and approached to tell me that the time is over and I can come out. The moment I took off my headphones I heard the loud crowd cheering after the Miho's top. "She won... I am second..." I got so disappointed that when Tim the judge asked me to do a doping test I said "Wait I need to see the results on the screen, I am second". He said:"Why? You won." "No I didn't. She topped the last one." "But in how many attempts? Seven! You had two out of three!" And then I froze. My mouth opened widely and I stood there, staring at his smiling face. Did I really win? I slowly turned towards the result screen and saw my name written next to the number 1. I couldn't believe it and I still can't. I turned around and ran into hugs of my supporters: friends, coach and the proudest parents ever. We were all crying and mixing our tears while hugging each other. So, that is the story of how I became the first bouldering world youth champion... isn't it amazing? It still is to me!

Stasa climb with Instinct VS