Portrait of a mountaineer and a painter
Simone Pedeferri is one of Italy's most versatile climbers, able to move from 8b bouldering to lengthy 8c ascents with astonishing ease. To the young Ragni di Lecco he's "the Old Man", although at 47 he's certainly not ready to retire yet: he's still smart as a tack, he continues to train and to dream, and his works of art on the rock are a valuable treasure and an ambitious challenge for young climbers.

Simone is living proof that, in a world that often tends towards over-specialisation, there's still room for spontaneity and creativity. In the early nineties, full of twenty-year-old plans and optimism, he fell in love with the Valley. The Valley - with a capital V - is the destination of dreams for climbers of every style and every generation. You know when a child draws a mountain valley, adding everything they can think of to make it perfect? Well, what they're drawing is the Val di Mello, with its bright green fields, fairytale forests, roaring waterfalls and clouds speeding by in a sky too blue to be true. 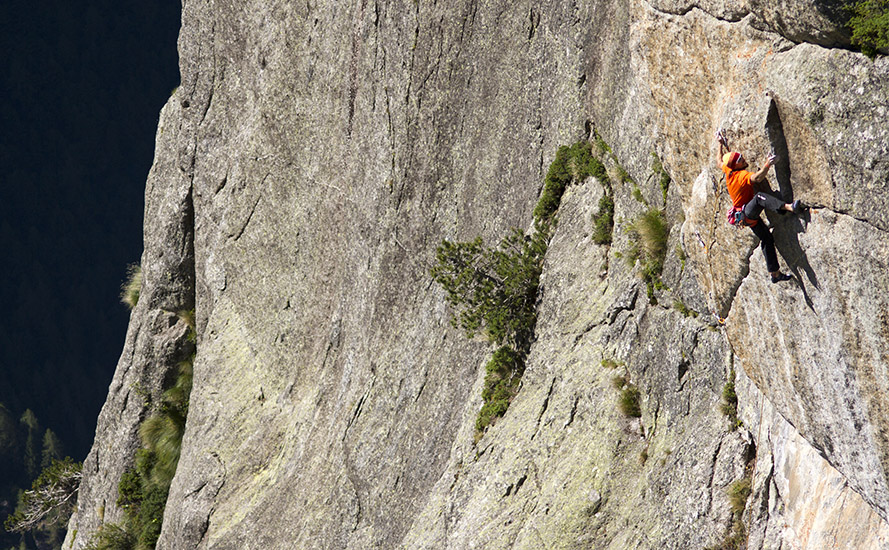 For the young Simone, climbing is a goal that requires 100% focus, and so he decides to make his home here, where he can choose from the boulders that rise like mushrooms in the forest or the big walls that can hold their own against the greatest climbs in the Alps. The creative side of climbing finds a deep connection with painting, which Simone masters thanks to his studies at the Brera Academy.

From a way of pushing himself to the limits, climbing becomes a means of experiencing moments which he can take away and spill out on his canvases with intuition and feeling. Action is artistic expression, and it matters little whether it occurs on the rock or on the canvas. "I need to feel, smell and touch color". It's a physical, earthy way of painting, in which the various elements overlap and come apart in a layering of feeling and emotion. The style is almost sculptural, dynamic; it scores the canvas just as holds and edges define the three-dimensional nature of a smooth wall, making it climbable.

But let's go back to climbing, where Simone mixes different styles, as he often does with painting techniques. From the windows of his home he contemplates the rock walls and imagines new routes; the Valley is his garden. And in winter, when the cold forces people and animals down to the valley floor, he focuses on exploring boulders to be climbed without ropes. In bouldering there's only a crash pad to break the countless falls and receive the frustration of unsuccessful attempts. Then comes the moment when everything magically falls into place: what began as just any old rock covered in moss, carefully brushed and prepared, becomes a doable sequence of minimal holds and edges with a memorable name and a number declaring its degree of difficulty. 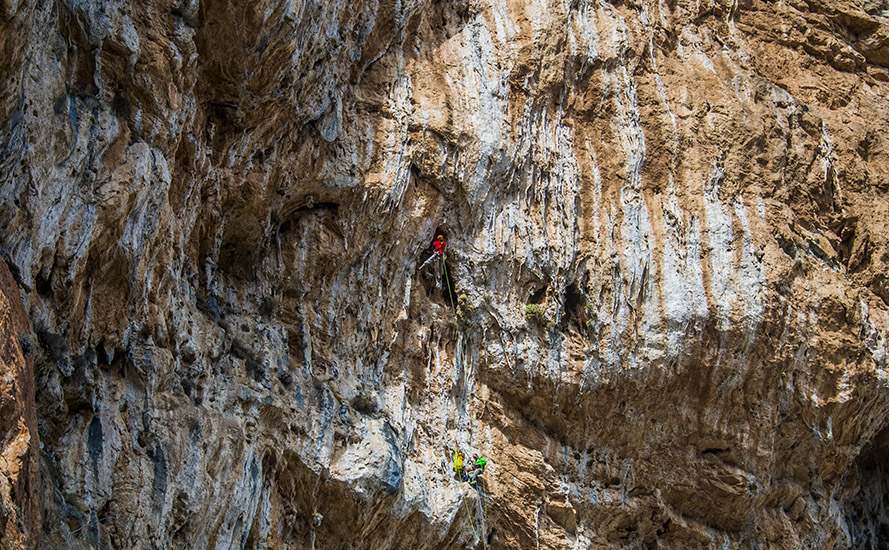 "Sometimes you can look at a boulder countless times and not see a thing, then suddenly you look at it in a particular light and see the perfect line". Pure magic. Cleaning the boulders is an activity Simone carries out with passion and devotion, both for himself and for others.
Bouldering is a solitary pursuit for days when there are no companions around for rope climbing, but it can also be an opportunity for fun, exchange and sharing. From the outset Simone was one of the main promoters of Melloblocco, which over time has grown into one of the world's largest gatherings of climbers.

This could be the perfect portrait of the classic local climber, who takes care of "his" valley while setting challenging routes and organising events. But this is only half the story: there are actually plenty of international expeditions, always with the aim of opening new free climbing routes. Simone likes to feel he's a microscopic dot on a giant wall, a dot that's using only his own strength to solve the puzzle of the climb, one metre at a time. Style is important; it's a way of living and of being, both when climbing and when painting.

There are not only unclimbed walls to be found around the world, but also different cultures, colors, sounds and people. For a normal traveller these things remain in the memory, perhaps in a few photos. But Simone sees them as new lifeblood for his art; he's equally happy to portray tribal Africa or the glacial emotions of Greenland. The full flow of fingers or brush seek inspiration to create a large or small masterpiece to leave for others. 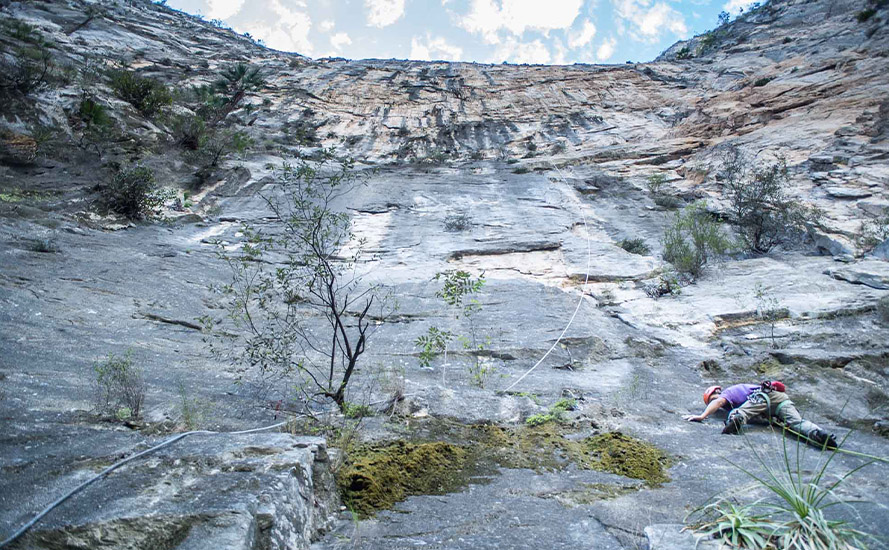