The formula behind the Slovenian World Cup legacy
When you walk into the First Ascent gym in Kranj, Slovenia, it takes only a moment to absorb the surroundings. Although there are plans to enlarge, the current facility is only 110 square meters. Even in its' infancy, the gym offers an insight into why Slovenia continually has some of the top World Cup athletes - a legacy especially notable among female competitors.

For those who haven't been keeping score, the history of strong Slovenian females goes deeper than this past years' showcase of athletes and Olympic qualifiers. It's a legacy almost as old as competition climbing itself. Martina Čufar and Natalija Gros were two of the first, each claiming World Championship titles and countless World Cup medals. Mina Markovič and Maja Vidmar followed. Mina is still competing and collecting titles, while Maja retired in 2014 with a long list of awards, including 35 World Cup Podium finishes, 12 World Cup Gold medals, and a World Games Title. That brings us to the current lineup, which includes SCARPA athletes Katja Kadič, Vita Lukan, Mia Krampl, Lučka Rakovec, along with Janja Garnbret and Tjaša Kalan.

Let's return to the First Ascent gym, locally known as the FA Klub or FA, where we caught up with the SCARPA women in hopes of unlocking the secrets and insights this gym holds into the Slovenian success. 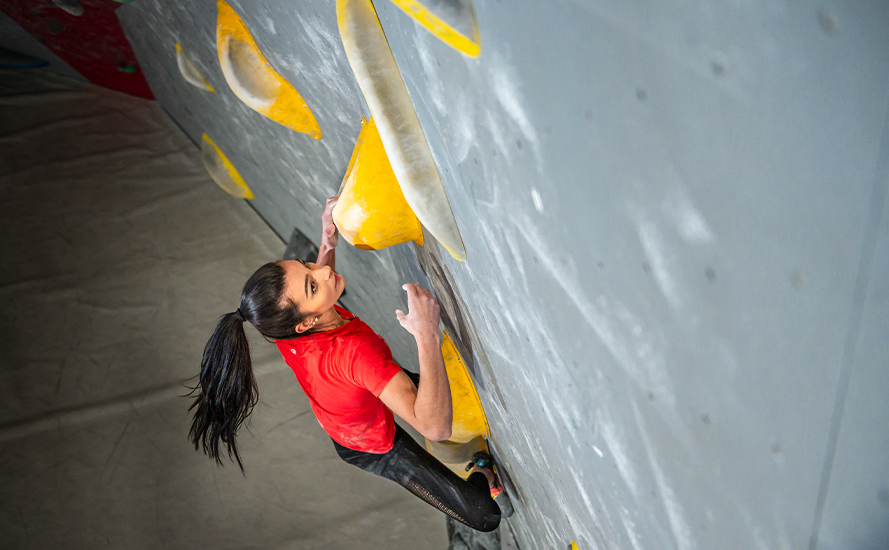 FA is a tidy U-shaped facility. A spray wall (a route-less wall filled with various styles of holds) takes prominence over the padded floor that is flanked by two small boulder problems on either side, none of which are taller than 4.5-meters. There are no towering lead arches, themed boulder problems, or café corners - features that are becoming the norm at many commercial gyms. While FA is singular in the sense that Maja (Vidmar) Štremfelj and Anze Štremfelj are co-owners, and it is where Mia Krampl, and Lučka Rakovec train, according to the Alpine Association of Slovenian it is one of about 100 walls and clubs across the country.

Maja explains, "FA is unique with the style of holds we have, and that we can set coordination training problems, but we are a typical Slovenian climbing club based around spray wall training. Most Slovenians have learned to climb in these clubs, and even today, there are only a few commercial-style gyms in the country, but those have existed for only a few years."

Slovenian climbing clubs are private gyms where members sign up to train and work with coaches. Different from the aforementioned commercial gym, where many athletes from other countries train and whose routes are set for avid or entry-level users, Slovenian clubs are focused on high-level training. They are often single-story buildings based around spray walls. And while at clubs like FA, the holds have progressed, and the training has refined, the concept of spray wall climbing is still the same - make moves up, down, and across the wall using your own chosen sequence or a specific style of holds for a set duration of time or movements. 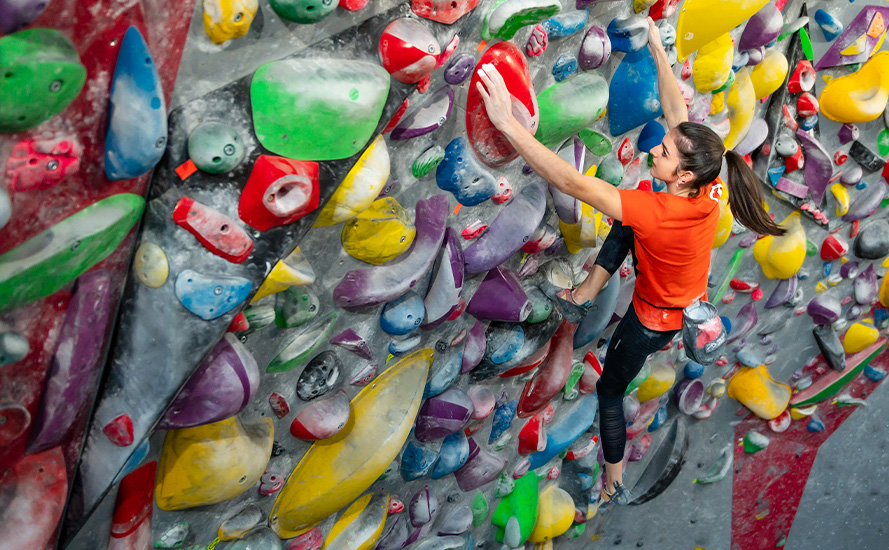 ​​​​​​​
Beyond physical training, there is an important and unique culture to the Slovenian climbing clubs, one that naturally feeds the competition teams and supports the nations' affinity for mountain sports. Walk into FA, and you are just as likely to find a coach training a group of World Cup athletes, as you are to find a World Cup athlete coaching a group of kids.

And while globally, youth climbing is becoming more accessible, it is rare to find it introduced as widely as in Slovenia. Although many of the first competitors began climbing with their parents, the sport is now taught in most Slovenian schools, starting as early as the 1st grade. It is also common to join a climbing club as an afterschool athletic activity. Vita explains that in her club, "kids first start on the wall in the school then, if they are good, they can be invited to join the stronger climbers and train on the same walls as the competitors." This progression is how Mia, Vita, Katja, and Lučka were all introduced to climbing before age ten and began competing shortly thereafter.

If these school programs, organized clubs, and coaching sound like a harsh feeder program, the reality is far from it. The kids' programs focus on playing games to build motor skills, work on team building, and teach the basics of climbing. And as you watch a group of kids excitedly run in the door at FA, it is easy to see the coaches focus on the kids having fun. 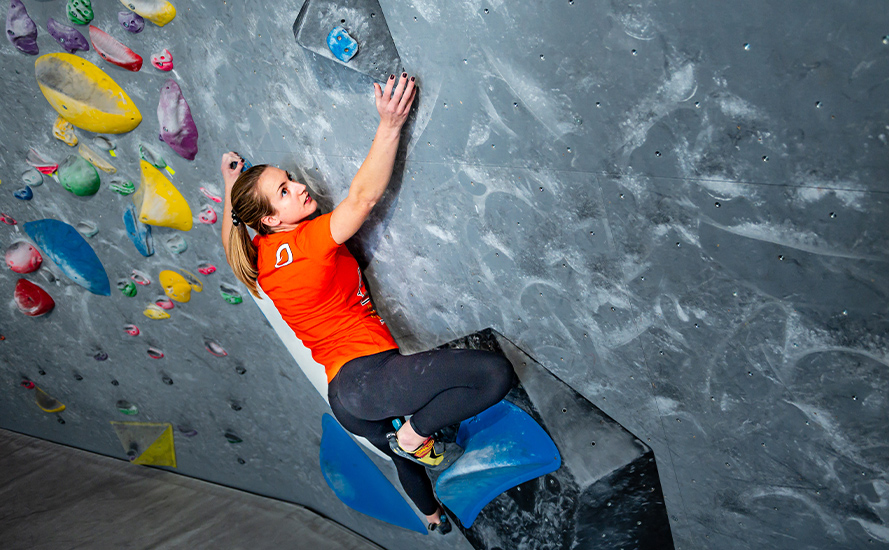 While passionate coaches and an early introduction to climbing help drive the legacy inside of the club, teamwork might be one of the most significant assets reaching beyond these simple rooms. Mia explains, "the spray walls are good for lead and strength, but our walls make it difficult to train for bouldering, so usually before the season starts, we go to Austria as a national team to train and work on skills. During these trips, we can prepare for the season by doing competition simulations on different walls."

​​​​​​​The team doesn't just create the effect of progression from one athlete pushing another, though – the athletes learn and improve together, one World Cup competitor helping the other. Lučka explains that even at FA, she trains with Mia to improve their weaknesses. Mia continues, "I'm not great at coordination moves so I can see [Lučka] do them to understand the moves better." 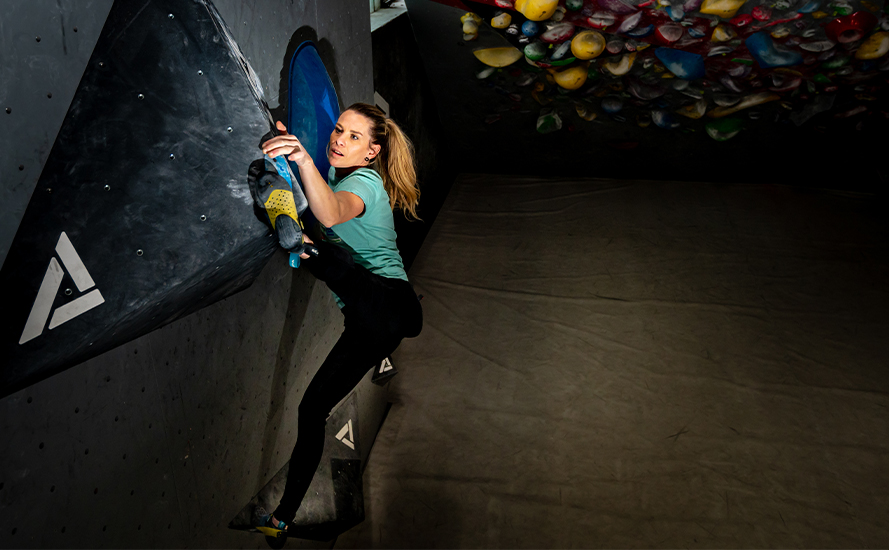 ​​​​​​​
As the SCARPA team members recall their global travels and laugh about inside jokes, it is easy to see this concept of team is more than just athletic progress; it is friendship and support. This strong support was showcased in the emotional battle between Mia and Lučka for the last Slovenian female Olympic seat, and it is showcased in Maja's and Antze's intrinsic motivation towards climbing and coaching. It is both a part of the Slovenian climbing and the culture rooted in the clubs.

So, after all of this, has the formula to the Slovenian female's success been divulged? Presumably, yes, as there is undoubtedly a secret to climbing found in clubs like FA. But, sadly, for those looking to duplicate it, this formula goes much deeper than a routine or facility. The Slovenian legacy is as much about training as it is about their culture, community, and passion surrounding climbing.

ARNAUD PETIT: "I AM HAPPY TO PLAY IN ALL TYPE OF CLIMBING. IT IS NICE TO ADAPT, TO FEEL NEW THINGS"