Many world class climber were trying hard this project during the summer, but only one would have signed the first ascent 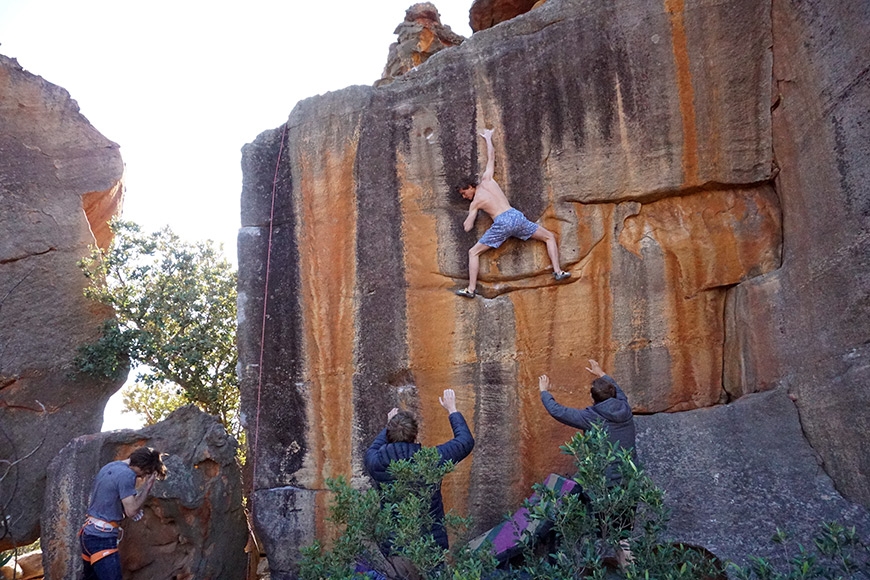 "I found this amazing wall two years ago together with Sam Ometz. The rock is perfect and the crux holds design an emoji on the wall, with a small crimp for the mouth and two rounded slopers for the eyes. I tried it for the first time this season, but the first session went super bad and I couldn't do any of the hard moves. So I moved on, psyched to climb on other boulders. After a few weeks I went back with good conditions and surprisingly the crux moves felt way better than before! I needed two more days to do the hardest move (a dynamic lock off from the crimp to the right eye) and four more to send the whole boulder. In the last week it became a real mental battle because I kept falling off the last move, which revolves around a delicate friction depending sloper. When I finally held the lip an immense joy surrounded me: the battle was over and the boulder was done! I feel that I improved a lot from this experience, and the boulder itself taught me a lot about climbing in general. Few months later I'm still psyched to have done a contender for the best problem in the world! Now it's time to move on, projects await!..."