HILLARY AND MARCO WOULD LIKE TO BECOME RULERS OF SENTIERO ROMA

A few days ago Valentino Speziali beat the world course record. Now it’s a woman’s turn, Hillary Gerardi. Accompanied by “Dega”. “It’s the most spectacular circuit in the world, I fell in love with it when competing at Kima”
The skyrunning superathletes are familiar with the granite kingdom of Val Masino, in the province of Sondrio, thanks to the Trofeo Kima competition. This route’s record, achieved in 2018, belongs to the king of mountain running, Kilian Jornet. For over 20 years the Kima has represented an iconic challenge: 52 brutally technical kilometres, developing over seven passes for a total difference in height of 8,400 meters. There are moraines, snowfields and exposed mountain tops along the entire track, which is also fitted with fixed ropes for the safety of skyrunners who, especially during certain descents and climbs, are practically forced to become mountaineers to remain attached to the rock.

A challenge so hard that, in 2008, the decision was taken to hold the competition every two years. This year it was cancelled. In 2018 Jornet won while also achieving the course record (6h09’19”) and in the women’s competition Hillary Gerardi stood out, competing with team SCARPA.

It is said that when you come out of that hellish spiral of rock, beauty, sky, spurs, snow and chains, something in your spirit breaks. It could be the exhaustion after having overcome a route that tortures you from the first to the last kilometre; it might be the emotion of losing oneself in these places, both savage and sweet, beautiful and brutal; or perhaps the feeling of having taken part in something historic and unique. In any case, the Kima is a competition that changes you on the inside. “It was one of the most wonderful challenges I have ever attempted. It was truly legendary”, Gerardi now says. “It is for this reason that when Marco told me about the record on the Sentiero Roma course, I immediately said yes.”

The Trofeo Kima, in fact, follows 35 kilometres of the Sentiero Roma course, one of the best known Ridgeways in the Alps. Created in 1928 by CAI of Milan to connect the refuges Gianetti, Allievi (today Bonacossa), Ponti and Omio, it is the ancient road of communication linking Val Chiavenna and Valmalenco. Seven alpine passes where granite reigns supreme: 54 highly technical kilometres with a positive difference in height of 4,500 metres. A course that, 19 years ago, Fabio Contessa completed in 9 hours 4 minutes and 27 seconds.

A few days ago, Valentino Speziali (on 8 August) did even better: 8 hours 42 minutes and 32 seconds. At the finishing line, crying tears of joy together with his friend Marco De Gasperi, who had accompanied him on the second section of the course, he uttered these prophetic words. “I’m happy to have achieved such a record on the course of my life. Of course someone will eventually beat it. And because this course deserves a great runner, it would make me proud if, after me, Dega made his name on Sentiero Roma.” 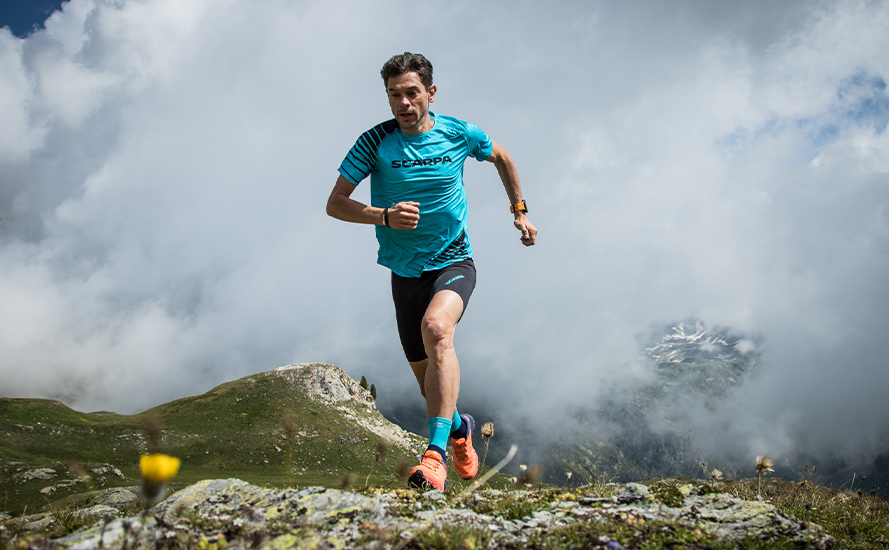 ​​​​​​​
So, on the following 4 September, the many times mountain running world champion will make a serious attempt on the record. Partly as a personal challenge and partly to accompany Hillary who, like many other athletes, has been working towards the Kima season before Covid forced everyone to put everything off to the following year. “I can’t wait to make an attempt on the record”, says Gerardi. It's a dream course: towers, granite, sections where you feel like climbing, water streams.

I fell in love with it at first sight.” Hillary has never completed the entire Sentiero Roma, but knows about 35 kilometres of it in detail. “But I will study it well and we hope to visit the course before attempting to break the world record. No woman has tried this professionally before, so I hope all goes well and that it can be an inspiration for more women to experience the challenge and emotion of fighting in the kingdom of granite.”
​​​​​​​
​​​​​Credits: Maurizio Torri, Moiola/Kima, Julen Elorza
Share
You may also like