FIVE RISING STARS AND A REFUGE: MOUNTAINS ARE THE TEACHERS

Marco De Gasperi has gathered the “enfants prodiges” of Italian ski mountaineering together for a weekend at high altitude in “Federico in Dosdè”, a refuge run by the legendary Adriano Greco. “Training and sharing, that is how you become sport champions”
They say mountains are silent teachers, educating silent disciples. The effort needed for climbing, the beauty of the horizon, the adrenaline of the challenge, together with the peace of resting, are lessons for all - for those trekking to the summit on a Sunday and those who have made mountains their homes. In the mountains to learn and discover new things. It was this chemistry of emotions that gave rise to a camp in  Valtellina organised by Marco De Gasperi.

The six-times world champion has gathered together the "enfants prodiges" of national ski mountaineering, all rising young stars who enjoy running during the summer (some with excellent results). There are three women and two men: Lisa Moreschini, Samantha Bertolina, Silvia Berra, Rocco Baldini and Pietro Festini. Experts have their eyes on Rocco and Silvia, in particular; their achievements in the Olympic category attracting a lot of attention. In the group, however, there are those who have already worn the blue jersey for mountain running and those who simply want to experience what it feels like to run without wearing skis or heavy boots. Being free in the mountains.

This strange summer, with no races held, has brought the group to the Refuge Federico in Dosdè, situated at 2,133 meters in one of the most beautiful valleys of Sondrio and the Valtellina, on a kind of initiation journey. A destination that those passionate about skyrunning should visit at least once in their lifetime. The refuge is, in fact, run by Adriano Greco, a pioneer of modern ski mountaineering who, over the course of the years, has mentored generations of athletes. Spending time with Greco means having access to the history of mountain sports. “He’s also been, my teacher. I’ve learnt mountain sports from him”, says De Gasperi, who wanted to bring these young rising stars here to rediscover the summits as a group and not be restricted by a chronometer. 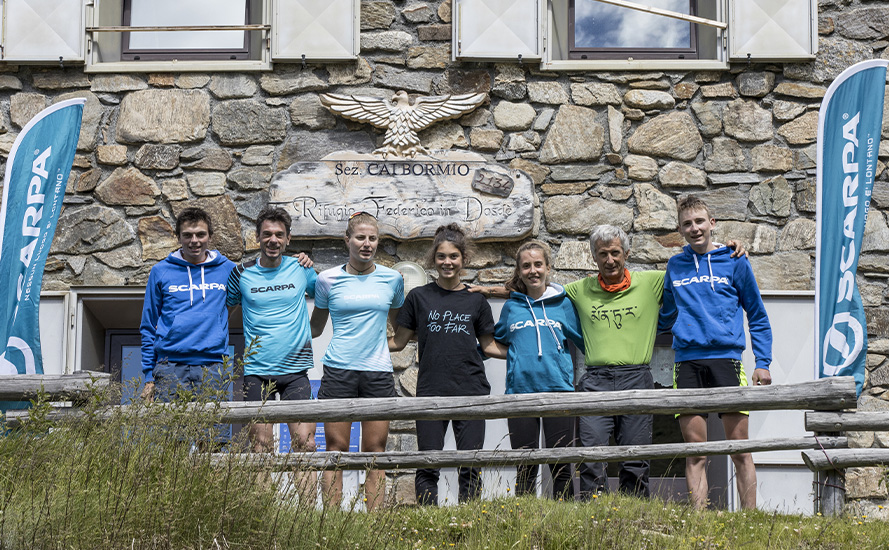 The Valtellina camp started on Friday, 17 July, with a relaxing walk to the refuge. The following day, there was a photography and video session with Riccardo Selvatico, one of the best in his field in Italy. This was also a new experience: “This was the first time for some people in the group, but entering the world of professional sports also requires you to embrace such activities”, explains De Gasperi. “Being able to introduce yourself through breathtaking images is sometimes extremely important.” Then the team turned to adventure with a slackline placed four to five meters above the creek near Federico in Dosdè. “They all had a good sense of balance. It was also fun watching them fall.”

In the evening, after dinner, the summit climb began. Using head torches and in the cool air at 2,000 meters, the group reached the bivouac Capanna Dosdè. “For those who are used to sleeping in their homes or, at best, in a hotel, this is an unforgettable night”, continues De Gasperi. “The bivouac allows you to rediscover the essence of mountain life, stripping our needs to the bare essentials.” And then, darkness, the stars and fresh air - priceless. The same as watching the sunrise at 2,800 meters. 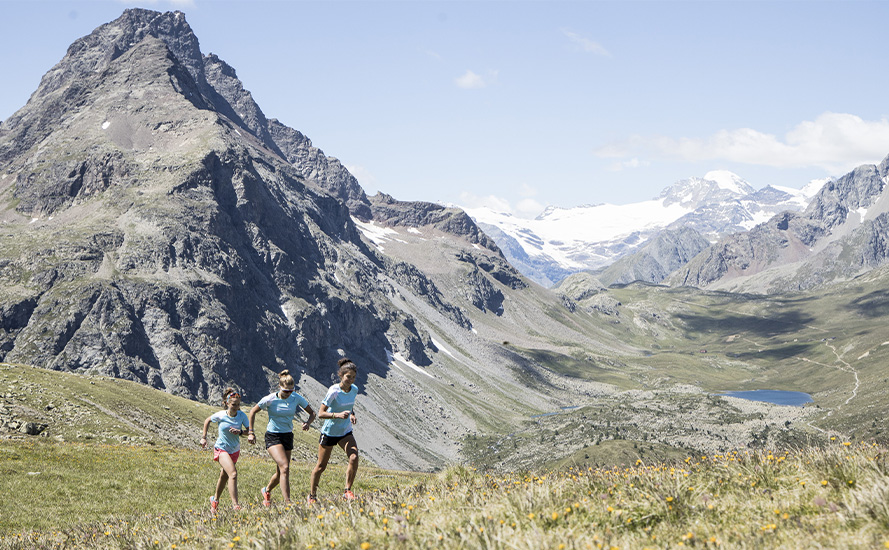 There was more to come. On Sunday morning, the group tackled the Saoseo summit (3,265 meters), before descending along a snowfield where the force of gravity meets the pure joy of speed; the best young Italian ski mountaineers running with one of the strongest mountain runners that Italy has ever produced. The lightness of movement and muscle power, teacher and students brought together by the eternal living energy of a sport that brings together different generations in a rewarding exchange. 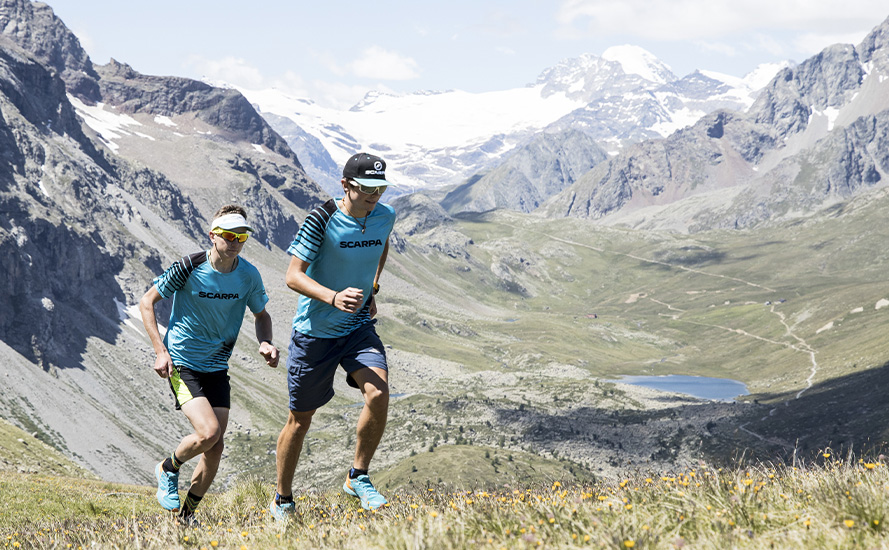 ​​​​​​​
“This has been a formative experience from both a human and sports perspective” - this is De Gasperi’s assessment. “It’s important for such promising athletes in ski mountaineering to be faced with the challenge of mountain running, even better if this takes place during an intense, symbiotic collective training period. This helps their team building, allowing them to grow both as individuals and professionals. And the opportunity to meet a person who has made sports history in this field, such as Greco, is fundamental. We return home enriched and stronger. As is always the case when returning from a mountain run.”